The Pixel 3a smartphone, Android updates, and everything else Google announced at its 2019 I/O conference

Android Q? Pixel 3 update? Let's find out what Google has coming up. 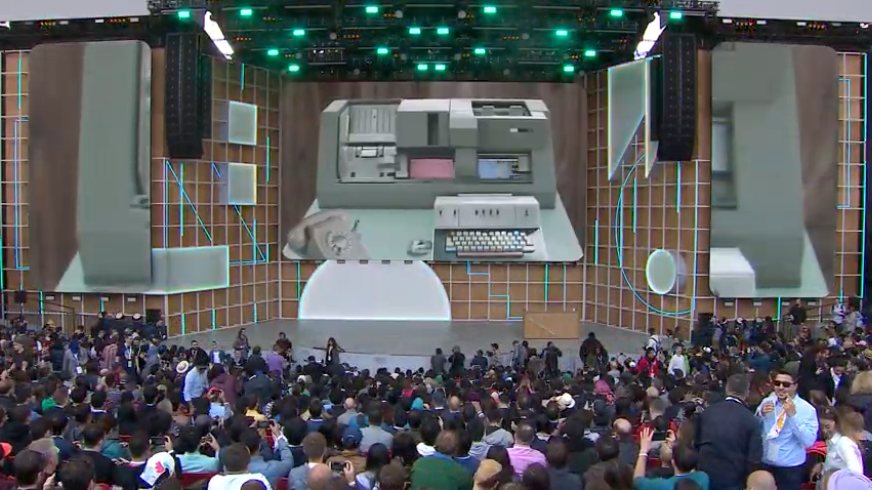 Every year, Google gathers up a bunch of media and developers to talk about its big projects for the year and into the future. The I/O developers’ conference comes close on the heels of similar conferences thrown by Microsoft and Facebook. While these shindigs are primarily designed for developers, they also give the companies a chance to tease the rest of us with new software, features, hardware, and other tidbits we can expect down the line. You can watch along with the Google I/O keynote in the player embedded above, then scroll down for a running account of all the most interesting new stuff.

This is typically where Google announces its new smartphones, and the next Pixel has already leaked out quick prolifically around the internet. We’re also expecting to get some more details about the next version of Android, which will almost certainly put an emphasis on privacy and security in an age where every tech company’s privacy practices are under constant—and justified—scrutiny.

At last year’s conference, we got our first look at the Duplex AI tech that can make and take appointments and restaurant reservations. It was one of the most impressive demos of the year, so it wouldn’t be surprising to see more developments in that regard. There will likely also be some smart home announcements as the company continues to slide into almost every device in your home. But, that’s enough for speculation. Let’s watch the keynote.

Google starts with search. The company is bringing its “full coverage” feature it uses for news directly into the search feed. Podcasts are also coming directly to Google search results. When a podcast shows up in search, you can click on it to listen without navigating away from the page. Google is giving people fewer and fewer reasons to navigate away from its search page to find what you’re looking for.

Google is now including AR objects in search results. So, if you search for a model of a muscle, you can use the smartphone’s camera to experience a model of the muscle in augmented reality. Other demos include trying on New Balance shoes and messing around with a big AR shark.

In addition to changing up the format of search results, Google also wants to emphasize visual search through augmented reality. You can point the camera at the menu at a restaurant, for instance, and it will show you what the popular dishes are. It can also show you pictures of the food in case you’re worried you’re in the kind of place that serves skimpy potato skins with barely any bacon bits.

An app called Google Go will allow users to point their phone camera at a sign and have it read aloud in the user’s native language. It can also overlay the native language over the translated text like with Google Translate. Go is just 100 KB and will work on extremely cheap phones with slower connections.

Duplex was one of the biggest demos of last year and now it’s going beyond voice calls and taking care of tasks on the web. It’s starting with rental cars and movie tickets. Once you make a request, the Assistant opens the required website, fills in your details, and allows you to confirm your reservation. It looks impressive, but there are so many steps. It looks like it has lots of places to get tripped up. It probably won’t accidentally rent you a giant creep van instead of a sporty convertible, but I could see it getting stuck in the middle of a weird web form.

Right now, Google Assistant talks to you through the internet, but the “next generation” assistant will run on a mobile device instead of living in the cloud. Google says this will make it considerably faster–even compared to tapping on your phone. The demo does seem rather snappy. It works across different apps (you can open Lyft and get a ride) and chain requests together without having to say “Hey Google,” between each one.

The new assistant is coming to the newer Pixel phones later this year.

As Google hopes to get you talking to Assistant more often, it’s going to want to leverage the personal information it knows about you. So, if you ask for directions to “mom’s house” it knows you want to go to your mother’s house and not a business with that name. People are increasingly reluctant to hand over personal information, so companies will be pressing showing off all the stuff you get in exchange for letting a device learn all about you.

Pichai says Google needs to understand how the AI is making decisions in order to get address any inherent biases that might exist within it. For example, technology designed to help diagnose skin cancer needs to accommodate a wide variety of skin tones. Expect to hear a lot more about this in the coming years.

Google already announced its auto-delete feature to help with privacy concerns. It’s coming to all of the Google apps, including things like Youtube as well. Maps is getting an incognito mode like Chrome and Youtube. You will be able to get directions and map information without committing it to your history.

Using Google’s speech recognition tech, smartphones will be able to add live subtitles to any video, even those you capture yourself. It will eventually be able to caption phone calls as well. Google is putting a clear emphasis on trying to extend speech functionalities to individuals who are deaf or have speech impediments. It extends to individuals who are totally non-verbal, which is impressive.

The company is looking for more audio samples and users can upload them here.

Google starts off by reminding the crowd that there are more than 2.5 billion active Android users in the world right now. The first bit of technical information concerns foldable phones, which, uh, isn’t as exciting as it would have been a month ago.

There has been a lot of talk about live speech recognition and a key point is that it’s all done inside the phone now rather than transmitting it to the cloud. This seems particularly relevant in the shadow of everyone getting really mad at Amazon for letting people listen in on Alexa requests. It also probably saves a ton of bandwidth, which is going to be important if Google wants users to shout into their phones or use their camera for everything all the time.

Android is getting dark mode and it will actually save you battery life if you have an OLED display like the Pixel 3 phones doe.

Remember last year when the entire theme of every announcement and keynote was about reducing our overall phone usage? Now, Focus Mode allows users to block out distracting apps until you turn off Focus Mode. So, if you’re trying to do a live blog of a Google keynote and you really want to go watch Magic: The Gathering videos on Youtube, you can prevent yourself from doing so.

There are also parental controls built directly into Android so you can set bedtimes or block your kids from watching Minecraft Youtube videos until their brains turn into mush.

Google is unifying all of its smart home products under the Nest name, which makes sense since Nest makes up such a large part of its offerings. The Nest Hub Max is a 10-inch smart display that’s meant to serve as the center of a Nest-based smart home. It has a built-in camera unlike the regular Hub. It works as a Nest security camera and can track you as you move around during a video call like the Facebook Portal. It’s coming this summer for $229.

The original Home Hub (now called Nest Hub) is now $129 retail. However, last Black Friday, it was everywhere for $99.

Google Pixel 3a and 3a XL

For its smartphone announcement, Google is announcing a Pixel phone that starts at $399. It comes in purple and has a headphone jack. A lot of people clapped for the headphone jack. The fancy video presentation even zoomed in on it in a dramatic way.

The 3a maintains a lot of the same camera features that we really liked in the Pixel 3 devices.