Movie buffs looking to build a home theater typically have four choices: traditional CRT sets, LCD displays, plasma screens and hulking rear-projection units. Some are five-digit expensive, some so heavy that it takes three linebackers to carry them into the house, and some lose brightness from any viewpoint but a small sweet spot directly in front. Even the most gigantic offer an image no bigger than about 6 feet diagonally.

But conspicuously absent from this list of usual suspects is a semisecret but spectacular setup with a vastly bigger display that is often higher-resolution and less expensive than the plug-and-play boxes. It’s called front projection. I installed one in our bedroom, and the projected image is 8 feet diagonally and better than the local multiplex. Best of all, I’m in the theater business for under $5,000. Tickets $5 before 6 p.m., popcorn on demand.

These systems are built around powerful digital projectors of the kind originally developed to blast out PowerPoints but now optimized for home-theater use with display chips capable of HDTV quality.

So why doesn’t everybody have one? Because it’s not plug-and-play. Setting up one of these systems requires a little carpentry (projectors are typically hung from the ceiling) and a little understanding of such things as why a trio of red, green and blue video jacks are labeled Y, Pb(CB) and Pr(CR). Oh, and a spouse who can tolerate some inevitably exposed wiring.

The Denon AVR-2803 receiver I used for my setup had 18 speaker posts–plus another 90 jacks, receptacles, connectors and terminals. So it’s not surprising that at first pass I wound up with rear-speaker sound out of the fronts and nothing out of the rears. (“They’re not rears,” the tech rep told me when I phoned, desperate. “They’re surrounds.”)

While a video nerd could do it in an hour, the whole setup took me closer to 25. But when I finally slid in a DVD and got a bright, sharp picture in place of the infuriating no-signal box, and magnificent sound where there had been but squawks, it was an epiphany. Hobbits were bigger than life-size, I could practically feel Seabiscuit underneath me, and Salma Hayek in Frida was … well, let’s just say it was worth all the effort.

For true HD-compatibility, get a projector with native widescreen (16:9 aspect ratio) 1,280-by-720-pixel resolution.

If you have a small room, ask about “throw distance,” which refers to how big an image can be projected at a given distance.

For the best image, use a screen that is pasted to the wall (like wallpaper) or has a frame to keep it taut, instead of a roll-up screen.

You can skip the screen and just project onto a neutral gray wall, but your image will not be as bright as it would be on a screen.

Mount the center-channel speaker above or below the screen–both spots produce similar sound. Or, for the most realistic audio, get a microperforated screen, which has tiny holes that allow you to put the center channel behind the screen.

Place rear (surround) speakers above ear level, either on the sides pointed toward the listener or facing forward behind the listener. 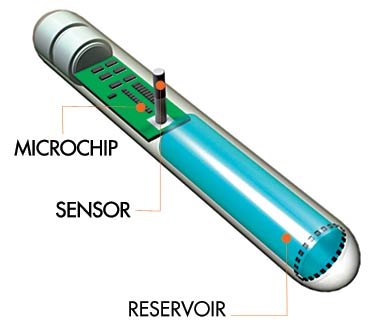 ChipRx in Lexington, Kentucky, is developing a system that automatically delivers the medication you need, when you need it. The matchstick-size device is loaded with your prescription and inserted into the chest. When its sensor notices changes in body chemistry or temperature, the device pumps meds from its reservoir. 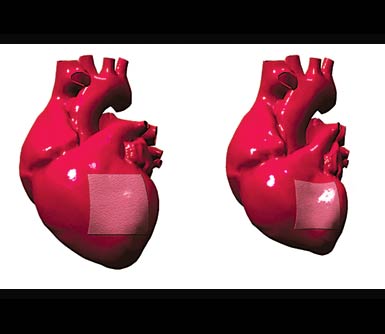 Researchers at MIT are devising a bandage made with living heart cells. After a heart attack, it will contract along with the rest of the heart, replacing damaged tissue. 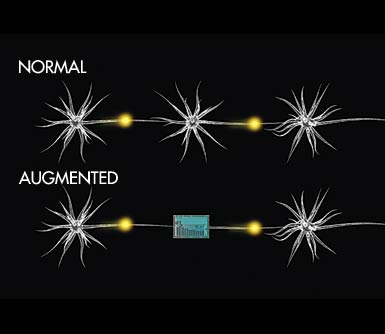 Neural engineer Ted Berger of the University of Southern California is developing a way to enhance memory. A microchip will send signals from one healthy brain cell to another, bypassing damaged tissue that would otherwise block the message. His artificial hippocampus will first help Alzheimer´s patients regain the ability to form memories, then aid the merely forgetful.
Gadgets
plasma screens
rear projection units