Don't be too thrown off by the creepy sounds this robot elicits, as it may actually help hearing-impaired people improve their speech articulation 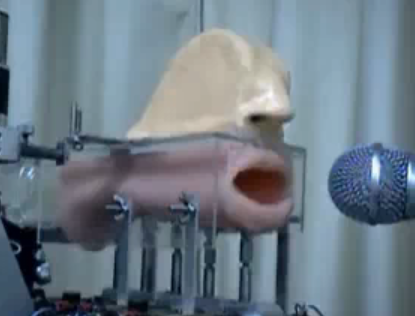 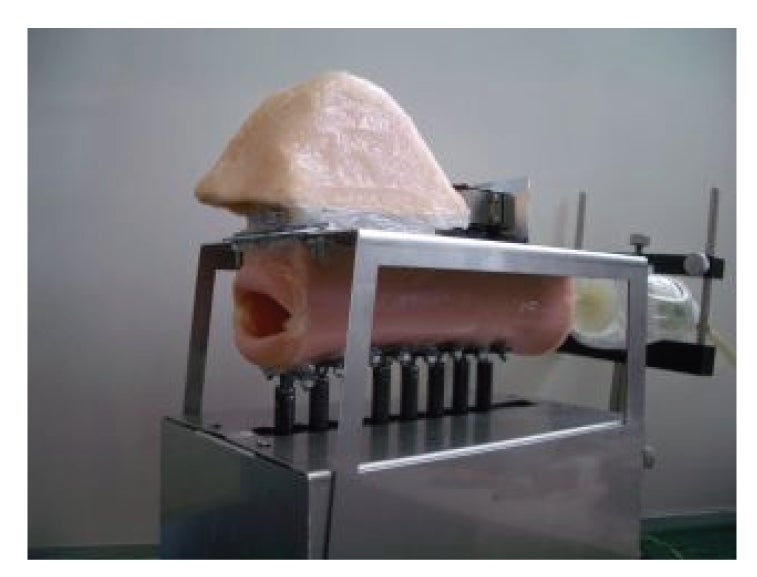 Would you trust this thing to teach you proper enunciation?

Over the weekend, video of a horrifying robot struggling to sound out vowels was passed around the web with little explanation other than, “This is creepy.” Which it certainly is, but, after digging around for information, we found that despite the robot’s nightmarish appearance and voice, its inventors actually intended the babbling for serious business–namely, for helping hearing-impaired people improve their speech articulation.

To enable the robot’s speaking abilities, engineers at Japan’s Kagawa University used an air pump, artificial vocal chords, a resonance tube, a nasal cavity, and a microphone attached to a sound analyzer as substitutes for human vocal organs. The robot not only talks, but it uses a learning algorithm to mimic the sounds of human speech. By inputting the voices of both hearing-impaired and non-hearing-impaired people into the microphone, researchers were able to plot the differences in sound on a map. During speech training, the robot “listens” to the subjects talk while comparing their pronunciation to that of subjects who are not hearing-impaired. The robot then generates a personalized visualization that allows subjects to adjust their pronunciation according to the target points on the speech map.

While the researcher’s findings were published in 2008, the robot has come a long way, as it appears that early prototypes lacked lips and a human-looking nose. Check out the video below for a demonstration on the robot’s speaking abilities. We are not responsible for any night terrors that may result:

It’s also worth noting that the original source mentions that the robot can sing as well as speak. Now if only the kind folks at Kagawa University would release that video already.

Journal of Biomedicine and Biotechnology