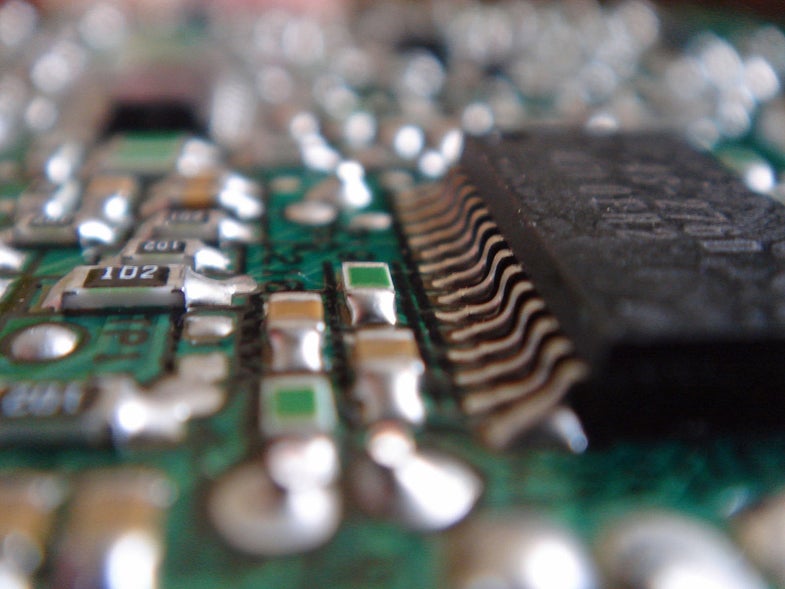 Wireless TV just got a whole new meaning. Sony has just announced a new short-range, intra-gadget technology that clocks a 11Gbps transfer speed. The tech, known as millimeter-wave, allows electronics innards to communicate wirelessly with one another, which could allow for slimmer designs and fewer wires–that means fewer connections to sever, and potentially more reliable gadgets.

Devices like HDTVs require a lot of data to be moved across internal circuitry quickly, and, Sony claims, even wires need a little help to get the job done. The data loads are so large that more connections are needed to keep pace, which currently means adding more wired connections–and bulk. A wireless connection, in this case, is a perfect assist.

The new technology sends electromagnetic waves (between 1 and 10 millimeters in length) from source to destination on frequencies between 30 and 300 gigahertz. Such high frequencies lend themselves well to working in small electronics, since their antennas can be as small as one millimeter. The receiving component cam be up to 14 millimeters from the source.

Within these millimeter-wave circuits, the source and receiver sync up with one another to make sure they’re on the same frequency–a task that, in the past, sipped a lot of extra power. In this case, however, Sony has revamped the way the circuits communicate with each other. Thanks to the short range, the receiver can essentially “hear” the frequency of the source, and thus oscillates at the same frequency.

Sony is no stranger to speedy wireless transfers. At CES last month, the company unveiled the first products employing their TransferJet technology, which moves photos between devices. The close-proximity transfer works when two chips are within 3 centimeters of one another and clocks speeds as high as 560Mbps (or one high-res photo per second).

Getting TransferJet into a real-life product, however, was not quite as speedy. Sony first unveiled the standard at CES 2008, two years before any product was ready for market. So it may be a while before your TV’s guts go wireless.