Nearly every camera maker has their own Flip-style pocket camcorder, and by and larger they’re all the same. Sony’s Bloggie,... 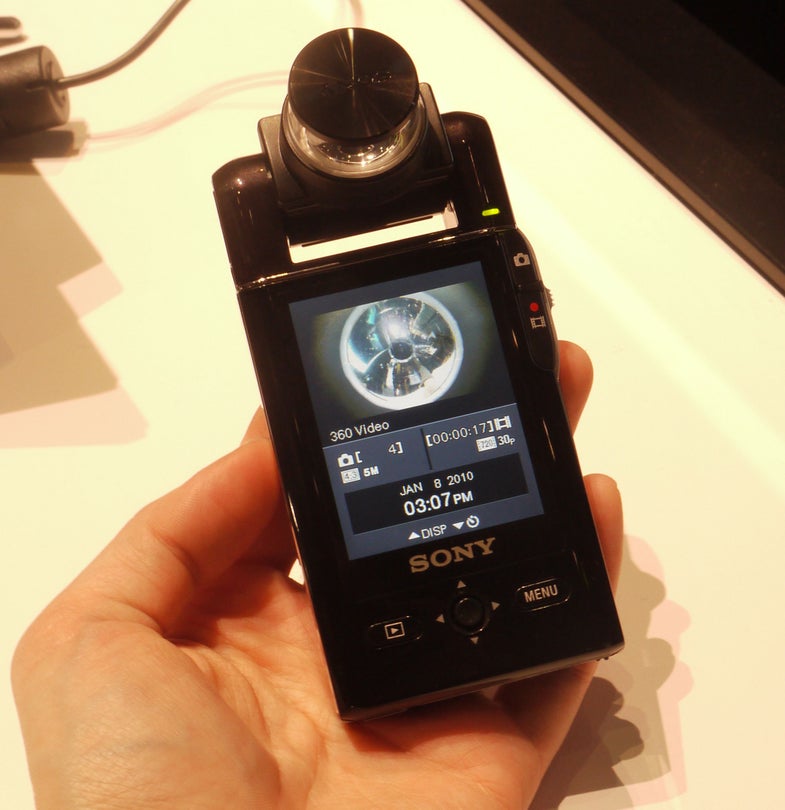 Nearly every camera maker has their own Flip-style pocket camcorder, and by and larger they’re all the same. Sony’s Bloggie, though, ups the stakes, becoming the first consumer camcorder to record full, 360-degree panoramic footage.

In the box with the Bloggie is a small lens accessory which snaps onto the existing lens, which itself swivels 270 degrees. The accessory then allows the camera to record all its surroundings while remaining completely stationary. The structure of the lens is remarkably simple: it’s just an upward-facing deep fisheye, which allows it to reflect and record all the surrounding angles at once.

On the camera’s 2.4-inch LCD, the footage appears as a ring. With the bundled computer software, however, you can unwrap imported video into a straight 360-degree panoramic shot–or keep it in donut form, if you like. 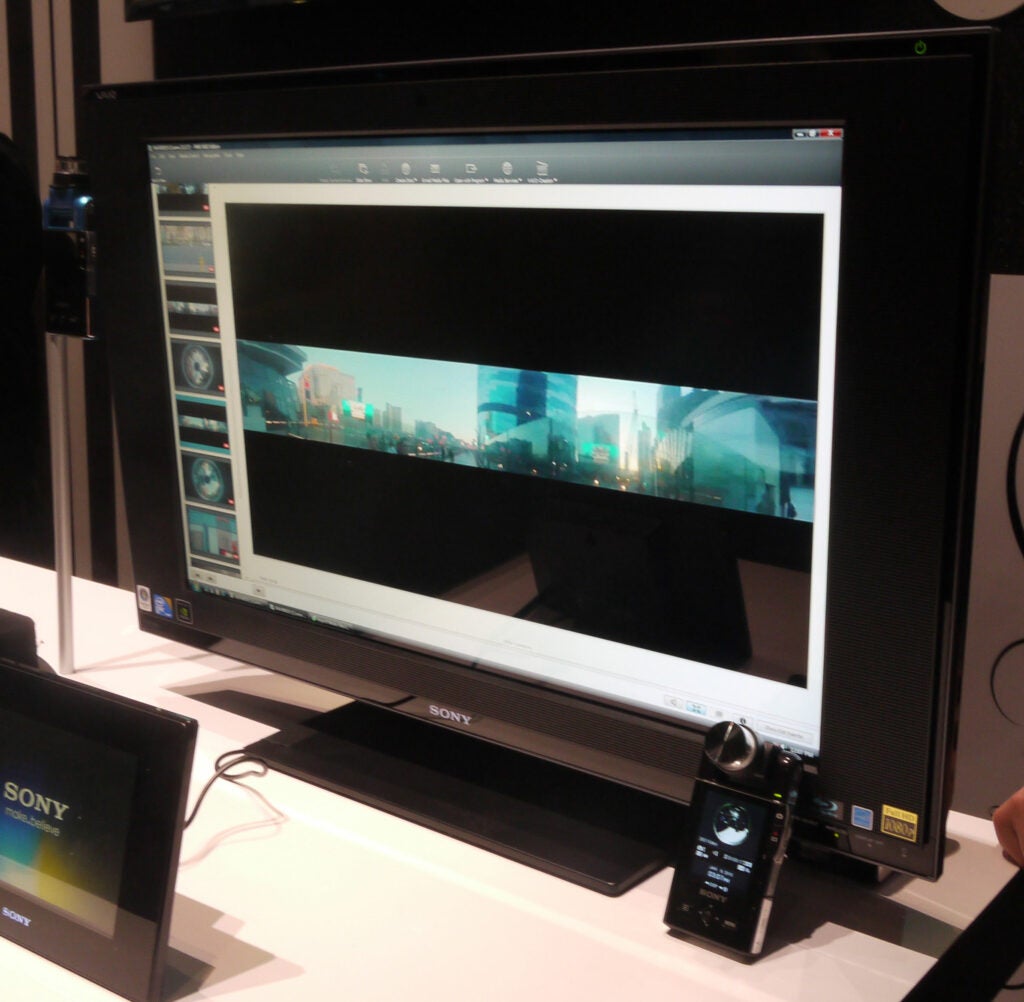 The Bloggie records high-def video at either full 1080p or 720p and captures five-megapixel stills. It supports both SD cards and Memory Stick.

The Bloggie MHS-PM5K with lens accessory kit is available now for $190.