Unpaid debts to Hutts not included 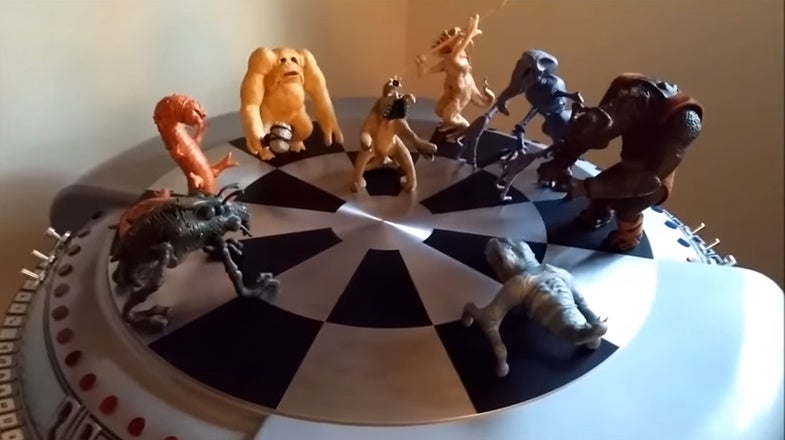 Huntsville, Alabama is a lot closer to space than most places on the planet. Not, like, literally–the elevation is just 620 feet above sea level–but culturally and metaphorically. During the space race, Huntsville tested and developed many rockets for the Apollo program. Home to the Marshall Spaceflight Center, the U.S. Space & Rocket Center museum, and IMAX, Huntsville wanted to share the joy of space in a way only a town full of rocket nerds could: with a full-size fan-built Millennium Falcon.

Today, visitors to the museum for Star Wars: The Force Awakens can see the Millennium Falcon’s cockpit on display, but the smuggling ship’s origins go back a long long way. Or at least to the time Star Wars: Revenge of the Sith was released. Started online by a man from Nashville, the project attracted 300 volunteers who assembled bits and pieces of the craft over the years. Then in 2012 a trio from Huntsville took the lead on building the cockpit.

The project is still very much a work in progress, so if you’re stuck in the blizzard that’s currently devouring the East Coast, no chance you can use it for an escape.

Still, it’s a fascinating labor of love from some dedicated fans to try and replicate the actual physical set of such a beloved franchise. And it’s been built piece by piece. Below, the replica Holochess table.

And at Upvoted‘s full profile, there’s even an hour-long video about the project, in case you’re snowed in and need something to do.