Research professor Jenny Stynoski doesn't flinch from venomous snakes, poisonous frogs, or solo trips to the jungle at night. Tropical banana spiders, on the other hand... 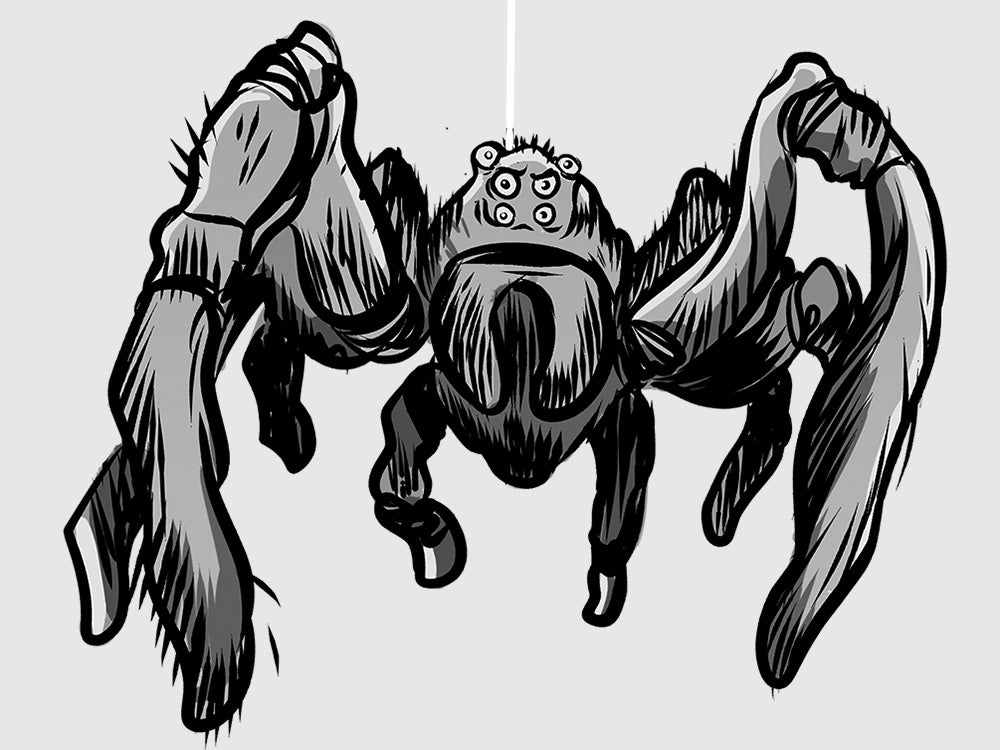 ↑ Jenny Stynoski, research professor at the Instituto Clodomiro Picado at the University of Costa Rica

I regularly venture into the Costa Rican jungle to study poison frogs. These little guys don’t make their own poison; instead, they get toxins from the mites and ants they eat. When the mother has tadpoles, she feeds them unfertilized eggs with the same poison inside. I wanted to see whether this defends the tadpoles against predators such as snakes and spiders.

We tested snakes in the lab, but tropical banana spiders act weird in captivity. You have to observe them on their own turf—the jungle at night. You shine a headlamp around, and their eyes reflect a blue sparkle. Then you tempt them with a tadpole on a stick and hope they don’t run at you. They’re massive—the size of tennis balls—and hairy, with venomous fangs. I keep 40 snakes in my office and don’t scare easily, but something about the way these spiders move made me panic. I kept freaking out and accidentally throwing the bait tadpoles into the bushes. Eventually, I had to recruit students to help me.

It turns out, the spiders sometimes grab poisonous tadpoles, but they always let them go. That raised new questions about how they sense prey is toxic. Unfortunately, finding answers will take a lot more spiders.