Can video games make a difference to real-world issues? 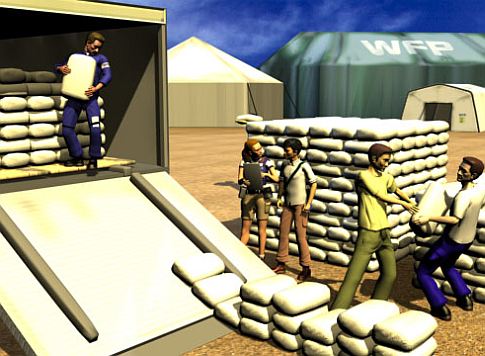 But it makes you wonder: What about the countless other titles and designers touching millions in so many other ways, from raising awareness about world hunger and infectious disease to broadening cultural horizons and promoting peaceful conflict resolution? Happily, regardless of mainstream media pickup, their impact is also being felt on a global basis. Thank a new breed of educational outings known as “serious games,” which — front-page headlines notwithstanding — are serving to teach and inform, as well as redefine how audiences look at the entire medium.

Play has long been considered a useful tool amongst psychologists and academics for promoting learning, empathy, and personal development. But whereas companies like Hilton Hotels and IBM employ virtual worlds and interactive experiences to train workers in hospitality management and customer service, world leaders and private institutions instead continue to push the bar for benevolent applications. See simulations which prepare hospital surgeons for operation, ready emergency responders to tackle crisis situations and even aid in cancer patients’ recovery process. Or firms such as ImpactGames and Persuasive Games whose work regularly explores unconventional themes as far-ranging as the Israeli-Palestinian conflict, personal finance, and obsessive consumer materialism. Nowadays, with just a couple clicks of the mouse, you can even play your way through topical news events.

A stark contrast to the stereotypical run-and-gun shooter or candy-colored platform-hopping outings, these titles serve to emphasize heightened social consciousness over base escapism. Speaking to the field’s increasing maturity, it’s quite the paradigm shift. Rather than merely entertain, many of today’s most promising designers would prefer to enlighten. While none could be considered household names, that’s OK. For these intrepid pioneers, it’s enough that the work speaks for itself, and gives voice to the perils of corporate greed, consumer apathy and/or social injustice.

Get Rich Playing Games author and TV/radio host Scott Steinberg has covered technology for 400+ outlets from CNN to Rolling Stone. For more of his insights, visit www.thevideogameexpert.com or www.gadgetexpert.net.