This prehensile machine is as fun as industrial equipment gets 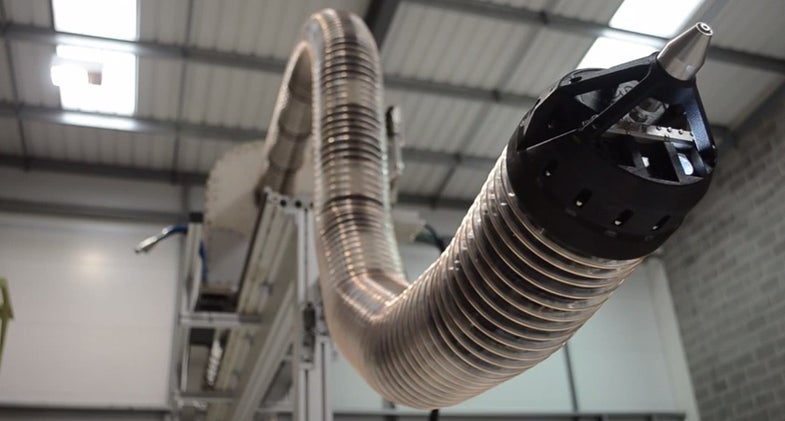 This slithering, contortionist robot is named the “Series II – X125 system.” The robot snake-arm is over 7 feet long, and can carry over 13 pounds. It has a flexible tip, and can bend over 225 degrees. In the video, it appears to also have a camera and a flashlight.

A previous version of the system, named “JetSnake,” was used on a tunnel boring machine in the port of Miami. Snakebots offer a lot of flexibility, fitting through spaces awkward for larger, more rigid bodies. Previous versions have found work as rescue tools, handlike alternatives, surgery tools, and even as part of a mini-drone-Voltron.

Watch the robot totally not hunt for human survivors in a Terminator hellscape here: