Video: Motorola-Xoom-Controlled Giant Labyrinth Uses a Bowling Ball Instead of a Marble

During Google’s I/O conference yesterday, in which they announced (among other things) a DIY-friendly developer kit pairing Android with the... 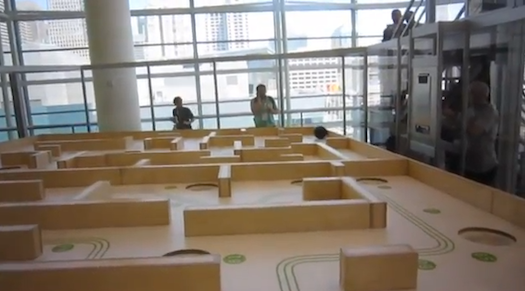 During Google’s I/O conference yesterday, in which they announced (among other things) a DIY-friendly developer kit pairing Android with the Arduino microcontroller, we’d heard mention of a labyrinth controlled by a Motorola Xoom tablet. “Pretty cool!” we thought. “Labyrinths are always fun.” Then we saw a video today of the labyrinth in action. Um, why did nobody mention it’s a giant version, using a bowling ball instead of a marble?

The Arduino microcontroller is an essential component in lots of our favorite DIY projects, from a drone-turned-Wi-Fi-sniffer to a cake-frosting robot. It basically takes inputs from some kind of sensor and then outputs them as some kind of physical effect, turning off a light or moving a robot forward or whatever. At yesterday’s Google I/O keynote, Google announced the Android Open Accessory standard, which allows the Arduino to pair with an Android device, getting all that data Android is capable of gathering (from the accelerometer, microphone, camera, GPS, gyroscope, etc. etc. etc.)–and it’s all totally open source and, of course, free.

This new pairing will surely result in a ton of new, powerful projects from the Maker community, but the first crazy one has already popped up, right in the San Francisco convention hall where the I/O event is happening. This huge labyrinth is controlled with a Motorola Xoom, capable of tilting the board to guide the bowling ball (!) around the holes. It’s connected via USB, though we expect to see some wireless versions using Bluetooth or Wi-Fi once the developers have gotten some time to really get their hands dirty. 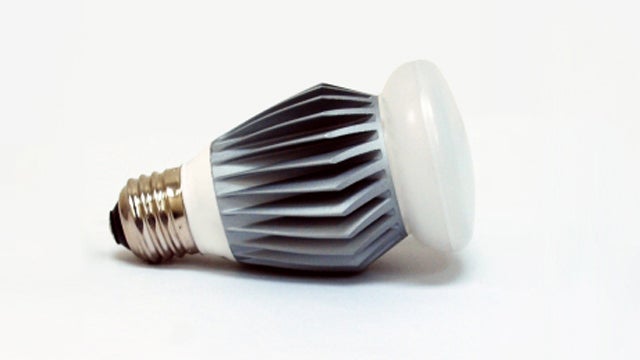 Speaking of which, we got another glimpse at what Android’s future might look like, this time thanks to Android @ Home, the Android-powered home automation platform. Interestingly, Google is working with Lighting Science Group to release an Android-compatible LED bulb, pictured above, rather than some kind of switch for lamps. You’ll be able to turn the 60-watt bulbs on and off, as well as dim them, with an Android device. Lighting Science Group says they’ll be out by the end of the year and won’t cost “much more” than regular LED lights, which we’ll believe once we see the price tag. Still, it’s a very cool idea, and we’re excited to see where developers take this whole Android @ Home idea.