Despite High Tech Unisuits, US Rowing Team Will Still Be at Risk in Rio 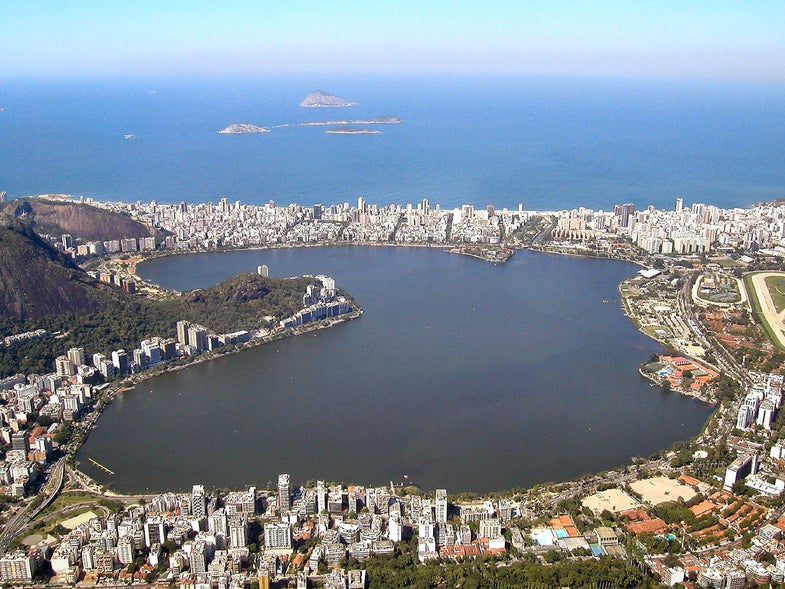 With the 2016 Summer Olympics right around the corner, athletes must be prepared to find themselves in some pretty disgusting places.

The US Rowing Team will lock in their oars on the brackish waters of the Rodrigo de Freitas Lake, a lake in the South Zone of Rio de Janeiro. During competition, the rowers will be sludging their shells through waters “so contaminated with human feces that they risk becoming violently ill and unable to compete,” according to investigations done by to the Associated Press.

Specifically, the AP found “dangerously high levels of viruses and bacteria from human sewage” in the waterways. Aware of this risk of exposure, the US Rowing Team announced earlier this week that they would be wearing unisuits designed by textile engineers at Philadelphia University made out of water-repellant material with an anti-microbial finish.

Experts are skeptical that this material and its two layers of protection will help fully prevent infection, though, as the athletes will be exposed to waters with high levels of fecal bacteria, enteroviruses, rotaviruses, and adenoviruses, according to Wired.

The biocides used in the anti-microbial finish can repel and kill microbes, but they may not be able to do it quickly enough. The biocides also have to actually make contact with the water, but that doesn’t always happen.

With every stroke, splashing contaminated water gets onto the rowers’ faces and arms. These parts of their bodies are not covered by the unisuits, which could expose them to viruses and bacteria thrown into the air as they move along the course.

The anti-microbial suit is a step in the right direction, however the dangerous water pollution still extends beyond the athletes’ uniforms. Athletes continue to voice concerns about these contaminated waters, and rightfully so. A unisuit can only do so much, and athletes have plenty of proof that the pudding that is Rio water is hazardous to their health.