Converting Books To Your Kindle Is Just A Rip Away

You'll need a scanner and plenty of time and patience 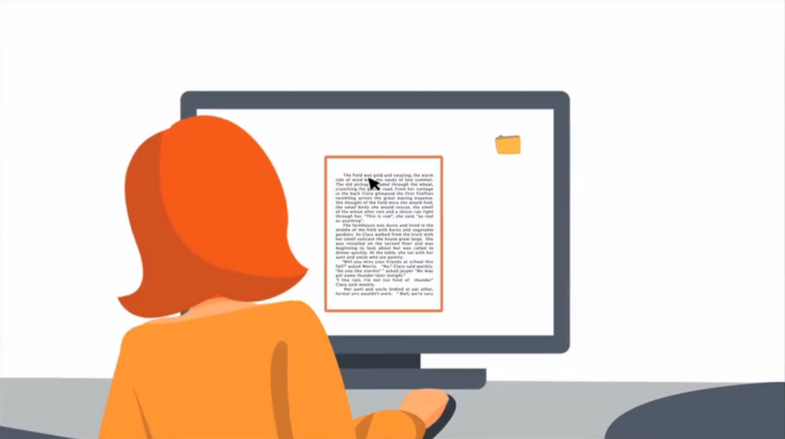 Ripping movies from DVDs may be of questionable legality, but it’s not hard to do. Ripping music from CDs is even easier, and less legally gray. So why can’t you rip your books into ebooks? Well, Amazon’s now got a way for you to do just that—presuming you have a scanner, a wallet, and plenty of time on your hands.

First, you have to buy the Kindle Convert app for $49 (currently on sale for $19); it only works on Windows 7 and 8, so Mac and Linux users are out of luck. Then you laboriously scan in every single page of the book you want to convert. Assuming you survive the flashbacks to photocopying books in college, you’ll then have images, which Amazon will convert to a Kindle book via optical character recognition (OCR). The good news—perhaps the only thing good about this process—is that if you have handwritten annotations or notes in the book, they’ll be included in your eventual Kindle book. (Says the Kindle Convert video: “The first time you scan a book, try scanning 10 to 20 pages and running them through Kindle Convert to create a test book. Repeat as needed to perfect the scanning process.” There are a lot of skills in life I wish to perfect: playing the piano, speaking French, doing a one-armed push-up—pretty sure that scanning books isn’t one of them.)

Good news, though! According to that Kindle Convert video, once you’ve scanned in a book–but before converting it into an ebook–you’ll enter the title and author; at that point, Amazon will let you know whether the book is already available as a Kindle book and, if so, give you the option to just buy that book. I assume Amazon just believes that people will love the process of scanning their book so much that they wouldn’t bother to check and see if a Kindle version is available before spending a couple hours scanning it. And since you’re only supposed to scan in books you own for personal, non-commercial use—that’s right, no scanning your library books or friends’ books in—you’ll still end up paying twice for that book. Which completely undercuts the point of ripping the book in the first place.

Now, if you’re an archivist or preservationist looking to convert a rare manuscript into an ebook, then perhaps Kindle Convert is worth your time. But in those cases the book itself is usually more of a draw than just the text, meaning that scanning as images is probably preferable. And in that case, there are better solutions available to professionals: I used to work in a library, and automated book scanners are hardly uncommon. They also generally produce better scans than flatbed scanners, which require you to splay the book atop it and end up either with sub-par images with warping or distortion, or a book with a broken spine.

Really, Kindle Convert’s biggest audience is probably the hobbyist archivists, such as people who want to scan in a few items of sentimental value—an old book marked up by a family member, perhaps. There are some nice features, like free cloud storage of the book and support for Kindle’s Whispersync, which keeps track of the last page you were on, but they seem to pale somewhat against the investment required.

Conversion of CDs and DVDs is obviously aided by the fact that those media are already digital—it’s just a matter of converting bits from one format to another—and that the equipment needed—an optical drive—is commonplace. Going from analog formats like books is much harder, requiring specialized equipment and a large investment of time. Unfortunately, the solution to this problem probably isn’t technological, but business-related. Until publishers either start more commonly including ebooks when you buy a paper book or allowing you to obtain ebook versions of paper books that you already own, Kindle Convert may be the best of a bad slate of options.