Companies Can Now Officially Own Resources They Mine From Asteroids

President Obama signed the Space Act of 2015 over Thanksgiving 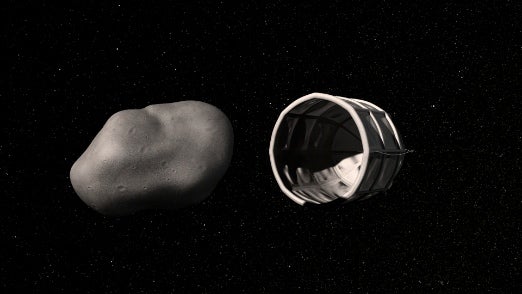 On Wednesday, as most Americans were stuck in holiday traffic or prepping their Thanksgiving feasts, President Obama signed the Space Act of 2015.

The bill is designed to encourage the fledgling private space industry. Among other things, it extends a sort of “grace period” that gives spaceflight companies the right to launch rockets with as little government oversight as possible, and gives companies property rights to the resources they mine from asteroids or other celestial bodies. Congress passed the bill earlier this month, and with Obama’s signature, it’s officially a law.

The asteroid resources portion of the bill may cause an uproar overseas, particularly in Russia and China. According to the Outer Space Treaty, which the U.S. has signed and ratified, space belongs to no nation. As such, some space law specialists think the U.S. has no right to dole out property rights in space, and that any decision on that matter should be made by the international community.

Gbenga Oduntan, who studies international commercial law at the University of Kent, called the bill “a full-frontal attack on settled principles of space law.”

On the other hand, Frans von der Dunk, a space law professor at the University of Nebraska, compares space to the high seas–everybody owns it, but fishermen don’t have to apply to an international authority to go out and fish.

Although companies are still many years away from having the technology to actually go out and mine on the Moon or on asteroids, they are of course celebrating the legal win.

“A hundred years from now, humanity will look at this period in time as the point in which we were able to establish a permanent foothold in space,” Peter Diamandis, co-founder and co-chairman of Planetary Resources, said in a statement.