A huge amount of money, but the cleanup still goes on 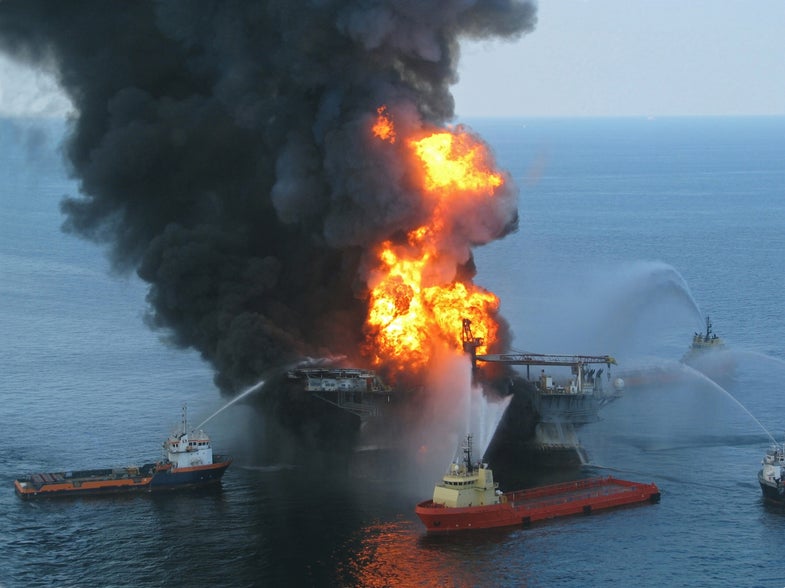 The Department of Justice and oil company BP announced today that they had reached an $18.7 billion settlement over issues related to the Deepwater Horizon disaster. Back in 2010, the Deepwater Horizon rig exploded, killing 11 people and sending millions of barrels of oil into the Gulf of Mexico.

Today’s settlement covers claims from four states (Florida, Alabama, Louisiana, and Mississippi) and the federal government and relates primarily to the environmental damage done by the spill. According to The New York Times the settlement includes:

BP already paid $4.5 billion in fines after a criminal case related to the disaster in 2012, and nearly $14 billion in cleanup efforts, and estimates that it will pay as much as $7.8 billion in compensation to individuals and businesses.

“If approved by the court, this settlement would be the largest settlement with a single entity in American history,” Attorney General Loretta Lynch said in a statement. “It would help repair the damage done to the Gulf economy, fisheries, wetlands and wildlife; and it would bring lasting benefits to the Gulf region for generations to come.”

“If approved by the court” is the key phrase there. The settlement must still be approved by a judge before it goes through.

While the money is sure to help the cleanup process, it could still be years before the full environmental costs are known. Studies have shown that fish exposed to the oil had heart defects while dolphin deaths spiked and oil entered the food chain via tiny plankton.