Beautiful Visualization Captures The Motions Of A Kung Fu Fighter

Putting the "art" in martial arts 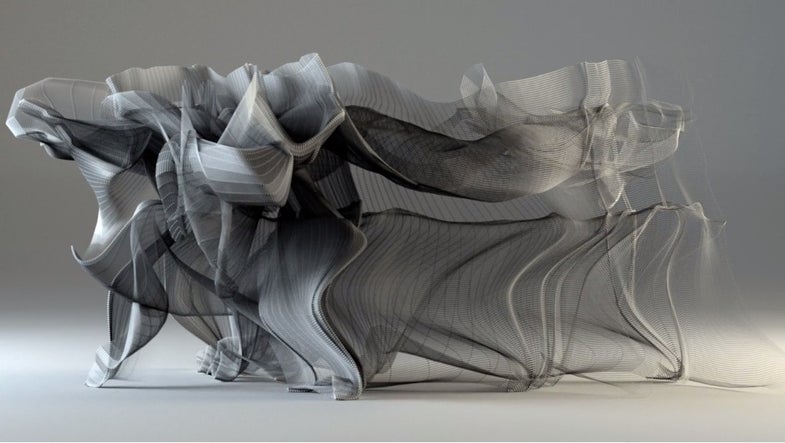 Different styles of martial arts have different “shapes”. Whereas Japanese martial arts are often characterized by linear movements, Chinese kung fu styles tend to derive power from circles. The latter becomes pretty obvious in this visualization from Tobias Gremmler, a designer based in Hong Kong and Shanghai.

It’s not entirely clear how Gremmler made the visualization, or exactly which styles of kung fu we’re looking at, but it looks like he used some sort of motion-capture system to record and distill a martial artist’s movements. You can see how the shape of the art changes when the fighter is holding a spear or a trident.

Just watching it put us into the Zen-like state of a Buddhist monk at Shaolin temple. Happy Monday.