And it improvises, too. 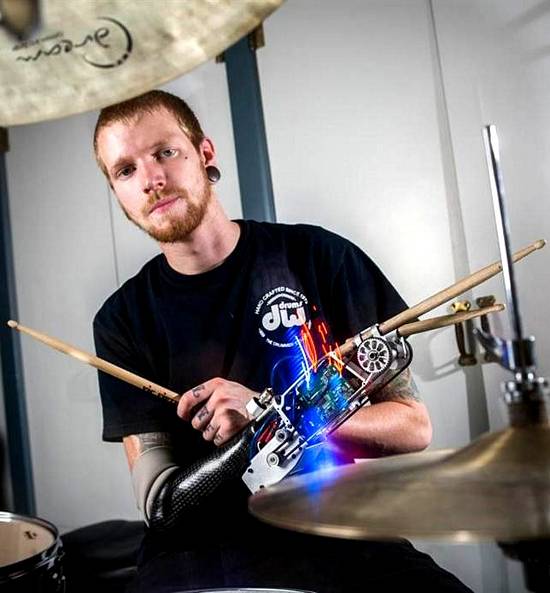 Two years ago, drummer Jason Barnes was cleaning the vent hood at a restaurant when he was electrocuted. The injury left him with an arm amputated below the elbow. Shortly after, he met the Georgia Institute of Technology’s Gil Weinberg, and the two teamed up to create what you see here: a prosthetic robot arm with a third stick, which thinks for itself.

Using electromyography sensors, one stick on the arm picks up muscle movement, and acts how Barnes wants it to. The other stick is independent: using a mic and accelerometer, it listens in on what Barnes and his fellow musicians are playing, then lays down a complementary beat in a jazzy style. The arm will be debuting at the Atlanta Science Festival on March 22, with Barnes playing beside some musical robotic creations from Weinberg.