The Moon And NASA Now Communicate Via Lasers 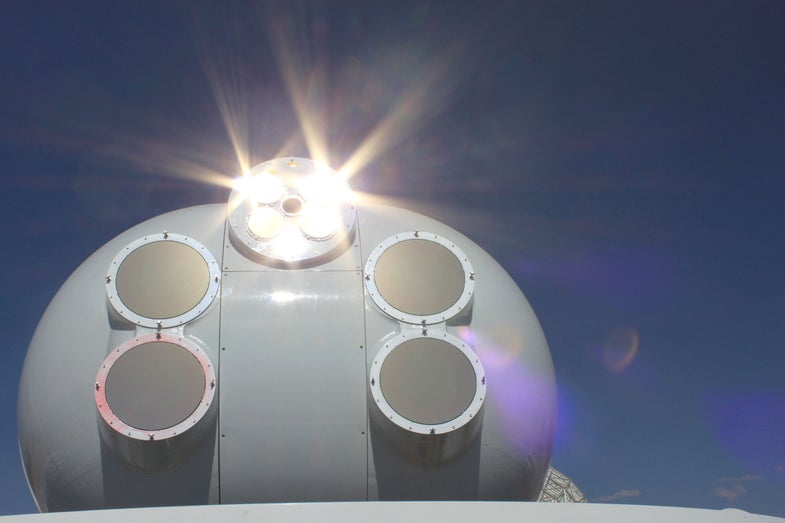 In January, we wrote about an impressive feat—when NASA sent the Mona Lisa to the moon using lasers. In the accompanying video, NASA noted that they’ve been using lasers to track satellites, and in the future, lasers may also work well for space communication. Well, that future is happening.

On Tuesday, NASA announced that the Lunar Laser Communication Demonstration successfully used a pulsed laser beam to transmit data between the moon and Earth. At a download rate of 622 megabits per second, the data traveled 239,000 miles. As NASA states on its website:

The LLCD, which was launched along with LADEE in September, is the first system for laser-based two-way communication. The previous method of space communication—via radio frequency—is reaching its limit with increasing demands. While LLCD is expected to go on for about 30 days, a longer duration demonstration will continue the work. Known as the Laser Communications Relay Demonstration, it’s expected to launch in 2017. 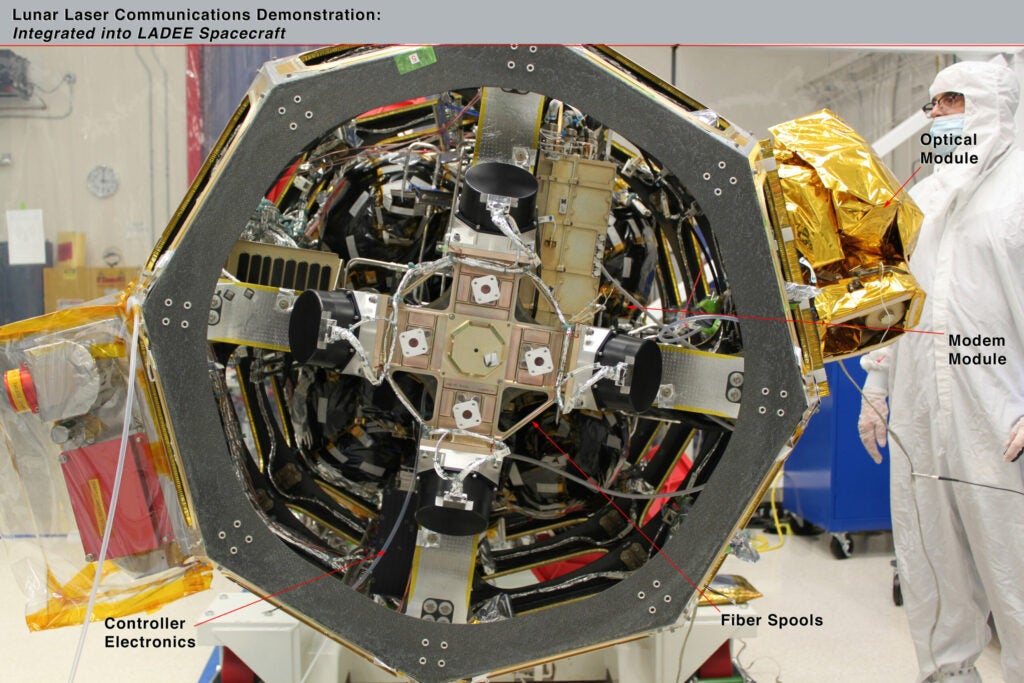 LLCD inside the LADEE spacecraft