From a company founded by the Segway inventor, the arm is the first of its kind to receive approval for sale. 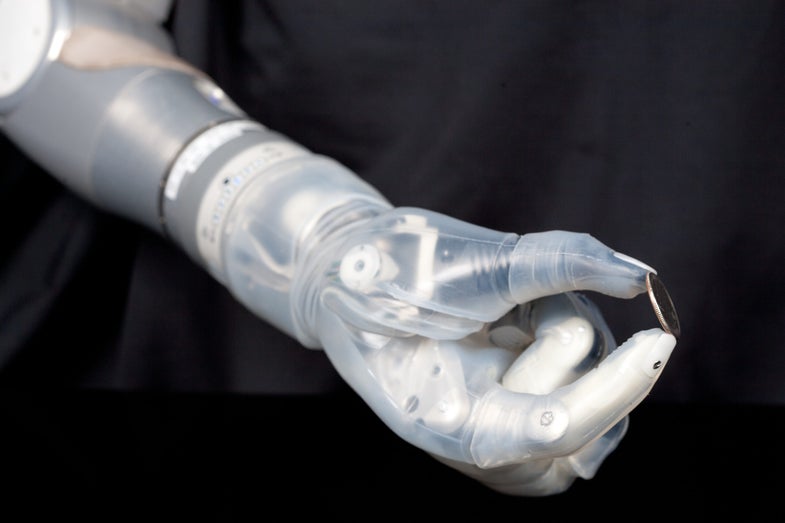 For eight years now, the DEKA prosthetic arm — a DARPA-funded project aimed at improving the lives of amputees — has been moving slowly toward FDA approval. Now, right on schedule, the mind-controlled, robotic prosthetic has been approved up by the Food and Drug Administration.

Nicknamed the “Luke” arm by its creators, the DEKA arm now has the distinction of being the first FDA-approved arm that can move multiple joints at once by receiving commands from electromyograms, or EMG, electrodes on remaining parts of the arm. In a study from 2012, the arm was also succesfully “mind-controlled” through the use of neural implants. As part of a “fast-track” review, the FDA reviewed a study of the arm, which “found that approximately 90 percent of study participants were able to perform activities with the DEKA Arm System that they were not able to perform with their current prosthesis, such as using keys and locks, preparing food, feeding oneself, using zippers, and brushing and combing hair.”

The company won’t start producing the arm and delivering it to amputees until they find a manufacturer, but this looks like a major milestone in the field of prosthetics.