Associated Press Will Use Robots To Write Articles

Algorithms may have written more of what you read than you think. 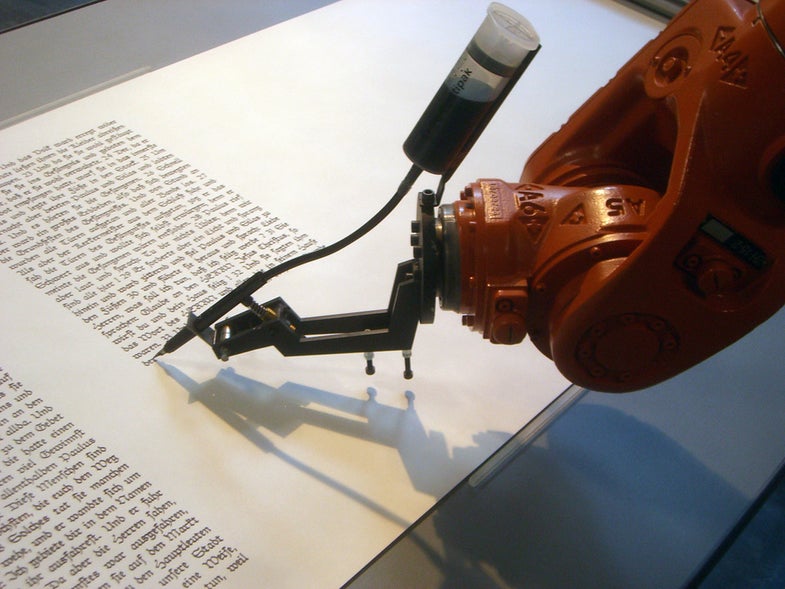 The venerated AP now plans to generate and sell thousands of automated business articles a year. The robot-written stories will bring up the AP’s story count in this area by an order of magnitude, Poynter reports.

Over the past few years, several news organizations have used robot writers for some of their stories. Forbes uses algorithms from the startup Narrative Science to find and write short stories about companies whose stocks are doing well. The Los Angeles Times uses bots, developed by one of its own journalists, to publish immediate reports about area earthquakes and homicides. The AP will use business reports generated by a company called Automated Insights, Poynter reports.

Finance and sports are the usual targets of robot reporting. Both are a bit robotic by nature. The most basic reports involve plugging numbers from a database into one of a few standard narratives. That said, automatically written stories don’t have to be too terrible to read. One small, recent study even found human readers can’t always tell the difference between people- and algorithm-written sports stories.

The biggest argument for robot journalism is that it frees human reporters to do the kind of deeper reporting only people can do. That is likely true, and pretty cool. Another is that auto-writers are able to accurately process an inhuman amount of data, then present it in a way that humans like to see: in words. ProPublica did this last year for one of its interactive stories about public schools.

Meanwhile, we human writers keep trying to prove our charm is irreplaceable, but we’re not sure how well we’re doing. If only we could do a sentiment analysis on our readers.