This Alien Orb Comes Alive When People Are Around

Brought to you by Daan Roosegaarde 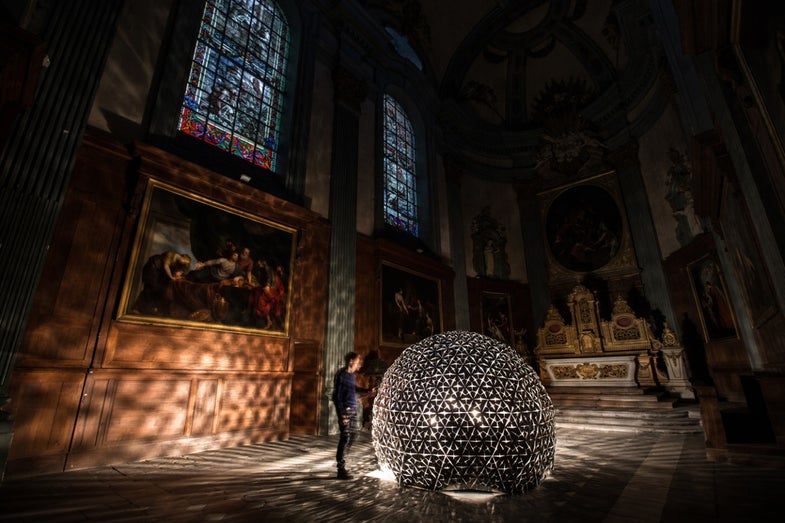 If you see an ominous orb of white light that unfolds metallic petals as you approach, it is probably either a) an extraterrestrial space pod, or b) art. This one is the latter. (Probably! Don’t look at me.)

Brought to you by the designers at Studio Roosegarde, of smart highway fame, the Lotus Dome has been around since 2012, but it’s now stationed at the Netherlands’ Rijksmuseum. The exterior is made of Mylar that unfolds in response to light; when earthlings approach, an interior light turns on. The designer Daan Roosegarde calls the process “techno-poetry,” which sounds exactly like something an alien would say. Hmmmm.