The flu can be deadly to populations that have never encountered influenza viruses. 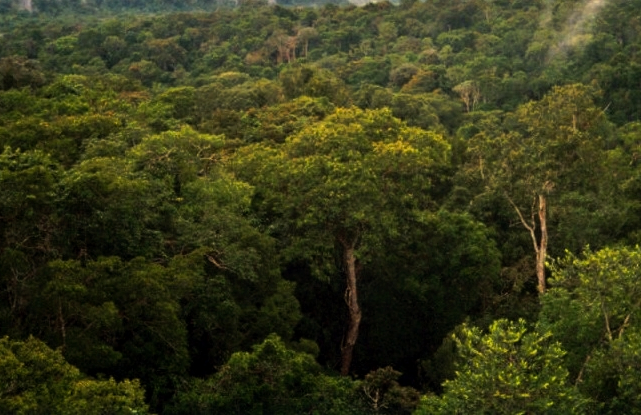 This photo was taken near the city of Manaus, Brazil, which is northeast of the Acre region discussed below. Phil P. Harris on Wikimedia Commons, CC BY-SA 2.5
SHARE

Late last month, something extraordinary happened at the edge of the rainforest in Acre, Brazil. Members of an uncontacted Amazonian tribe voluntarily approached scientists from the Brazilian government, Science magazine reports. This is the first time in decades that an uncontacted community chose to meet with outsiders.

Unfortunately, although peaceful, the encounter wasn’t without its problems. FUNAI, Brazil’s Indian protection agency, recently announced that some of the tribespeople caught a flu. For people who have never encountered flu viruses, such infections can be deadly. It’s not clear whether the tribespeople got sick before or after meeting scientists, but FUNAI said once the agency realized what had happened, a medical team treated the sick tribal members and gave them flu shots. Then the members decided to return to the forest. Outside researchers are now worried the sick tribesmembers weren’t treated in time to prevent them from infecting others in their village, Science reports.

Officials think tribe members made contact because they have been violently harassed by drug traffickers and/or illegal loggers. They were also raiding mainstream indigenous villages in the area for food and tools. The flu could have come from the traffickers, the villagers, or the scientists tribal members ultimately met with.

Just a note: As you might expect, many “uncontacted” tribes actually have had some interactions with outsiders… just not good ones. Instead, they’ve chosen to avoid mainstream people after rubber tappers in the 19th and 20th centuries killed 90 percent of their populations through fighting, enslavement and disease. At the same time, it’s important not to underestimate the number of uncontacted people, nor the extent of the isolation they’ve been able to secure for themselves. In the past, government officials have claimed environmentalists made up uncontacted tribes to prevent companies from developing regions of the rainforest. Isolated tribes do exist, and have a legal right to be left alone on their land. The official policy of FUNAI is not to interact with Acre tribes unless the agency thinks tribal members are in danger.