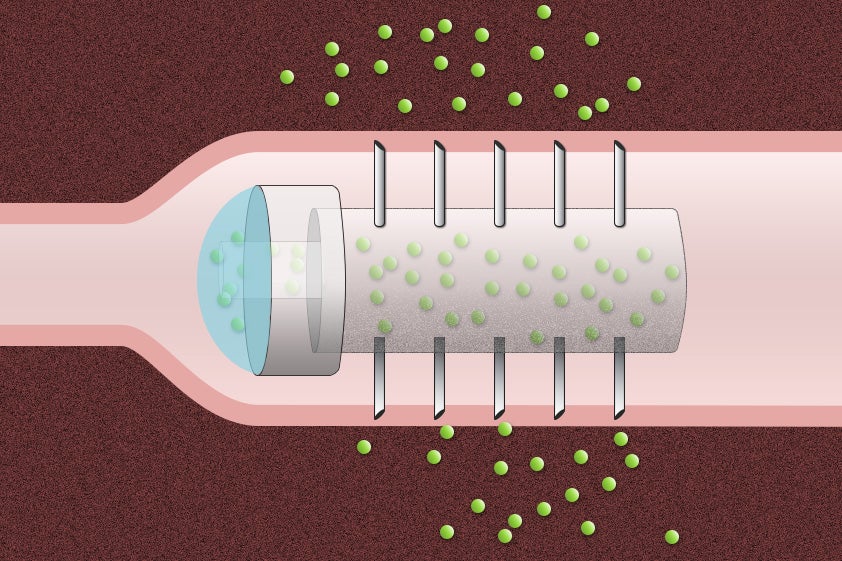 The needles can be hollow, delivering the drug as the gut squeezes (top,) or solid, breaking off along the way to lodge in the tract and squirt healthful chemicals (bottom.)
drugs