How Science Will Help Us Sleep Better

Getting rid of nightmares and new pills for sleep disorders 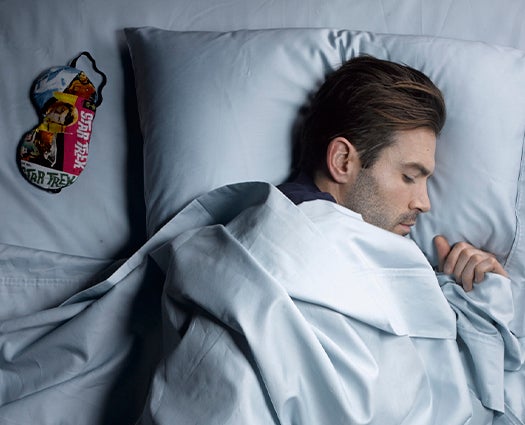 The occasional sweaty bad dream is just a bother, but five percent of adults have frequent nightmares, which can disrupt sleep enough to interfere with waking life too. And for the 7.7 million American adults with PTSD, the proportion climbs to 71 percent. The American Academy of Sleep Medicine recently came out with two official recommendations for how to chase away bad dreams. Both are commonly used in veterans’ hospitals.

Prazosin, a blood-pressure drug, also alleviates recurring nightmares. While the underlying mechanisms are unknown, the medication may work by blocking the neurotransmitter noradrenaline, a chemical involved in the fight-or-flight response.

Imagery-rehearsal therapy is a cognitive-behavioral technique. During the day, patients rehearse the nightmare in detail but give it a happier ending. Over time, the dream becomes less frequent and less upsetting.

Pillbox Of The Future

Insomnia
Current insomnia drugs typically sedate the brain. Suvorexant comes from a new class called orexin-receptor antagonists, which destabilize wakefulness instead. As a result, it won’t cause lingering drowsiness. It’s now in clinical trials and, pending FDA approval, could be on the market next year.

Sleep Apnea
Researchers from the University of Pennsylvania and University of Toronto are working on treatments for sleep apnea that would target motor neurons in the upper airway to keep it from relaxing and blocking breathing during sleep. (One possible method could be to inhibit potassium channels.) A drug may be available within five years.

Jet Lag
At least four independent research groups have identified molecules that help keep circadian rhythms in sync. Suppressing those compounds in mice enables the animals to adjust to major sleep cycle changes (similar to those caused by crossing time zones or working the night shift). In 10 years, the findings could lead to an anti-jet lag drug for people.

Click here to read more about the science of sleep.