For The First Time, China Crushes Tons Of Ivory Into Dust

Environmentalists said the move is an important first step toward fighting elephant poaching. 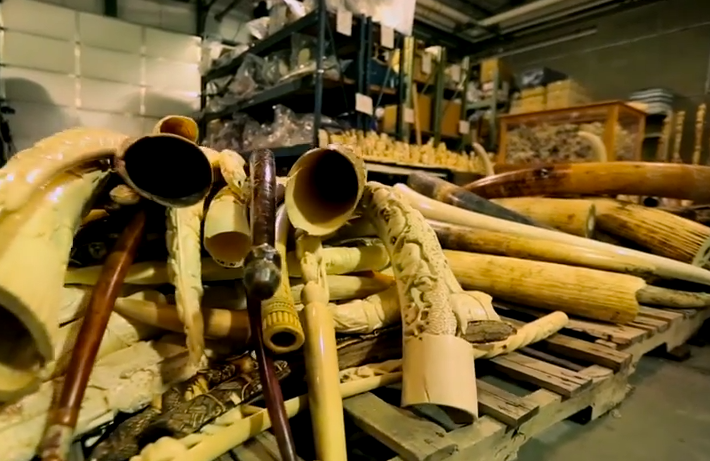 There is little good news when it comes to elephants–the animals are in trouble due to record levels of poaching, to feed the illegal ivory trade. More than 30,000 elephants are killed for their tusks each year, a total of about one every 15 minutes on average. Scientists and environmentalists have singled out China as the prime market and destination for African ivory, and the country has done little to address the problem, they say. Today (Jan. 6), however, China crushed 6 tons of ivory in its stockpile, the same amount crushed by the United States in November. It’s an important first step toward fighting elephant poaching, according to several environmental groups.

“Environmentalists said they hoped that the widely publicized event, which was attended by state officials, foreign diplomats and wildlife campaigners, would raise awareness within China of the dramatic scale of elephant poaching,” the New York Times reported:

The Chinese authorities received widespread plaudits when, in a first for the country, they destroyed more than six tons of confiscated ivory ornaments and tusks in Dongguan, a city in the southern province of Guangdong, which is a major hub for the ivory trade…

Cristián Samper, president and chief executive of the Wildlife Conservation Society, said in a statement that the society “congratulated” the Chinese government “for showing the world that elephant poaching and illegal ivory consumption is unacceptable. We are hopeful that this gesture shows that we can win the war against poaching and that elephants will once again flourish.”

Patrick Bergin, chief executive of the African Wildlife Foundation, described the event as a “courageous and critical first step by China to elevate the important issue of wildlife trafficking and elephant poaching among its citizens and around the world.”

While the United States crushed nearly all of the ivory in its possession, China’s stockpile likely exceeds 45 tons of ivory, the World Conservation Society estimated.