When civilization collapses, this hand-built coin press could mint money to buy goats, grain, or even a spouse 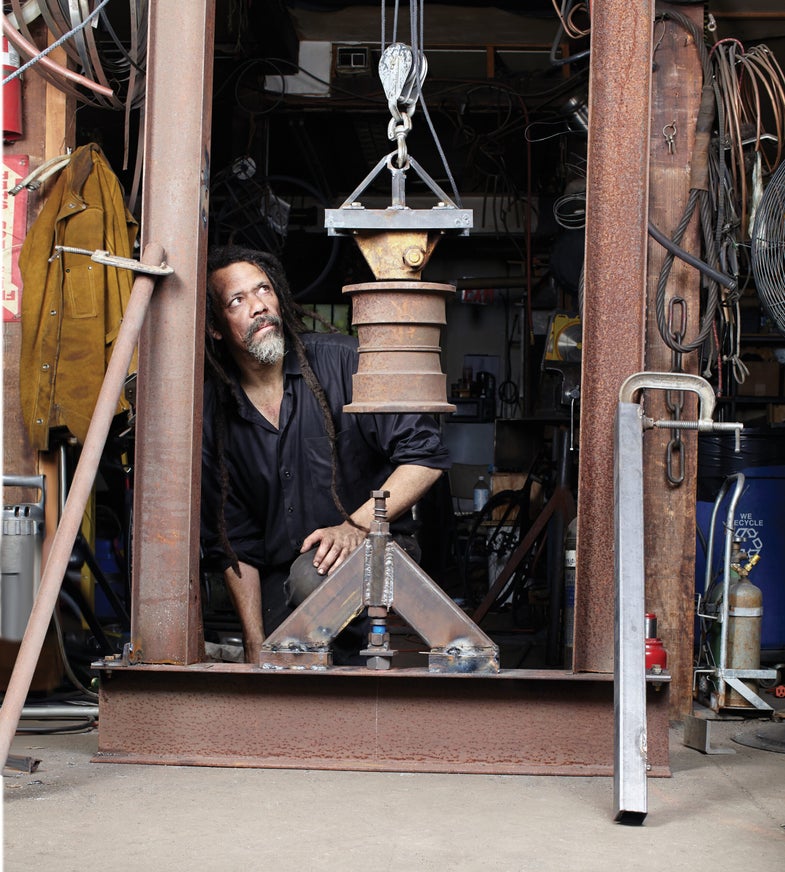 Popular Science's intrepid DIY contributor Hackett designed a coin mint using materials that might be available after the apocalypse. You can watch a video of his process and read what he has to say about it here. Ray Lego
SHARE

Money makes the world run—but without a stable government, paper bills will be little more than fire starters, and coins chips of cheap metal. Bartering is inconvenient: If I desperately want the cat food you’ve stockpiled, but you have no need for the fine moonshine I can produce, it will take multiple trades to satisfy us both. A more efficient solution would be to mint a new currency.

Coins are manufactured by squeezing a disk of soft metal, or planchet, between two harder dies—typically cylinders with images cut into their faces. Given enough energy, the planchet briefly acts like a liquid, flowing into the nooks and crannies of the dies. I chose to mint my coins out of copper, which can be reused to make electrical parts, giving them real-world value. For the dies, I used saltwater and a battery to etch patterns into two hydraulic pistons. Then came the hard part.

The pressure needed to mint coins is tremendous. When I tried to use a hydraulic cylinder, the copper didn’t even dent. Only the traditional method—whacking the dies with a hammer—gave me legible currency. But a human arm inflicts inconsistent blows. I decided to create a more reliable and powerful hammer: a 144-pound chunk of scrap metal dropped from the top of a steel frame. Using a car battery welder [see “Rebuild,” July 2014], I fused I-beams into a scaffold; a triangular assembly holds the dies and planchet in alignment at the base.

When it’s time to mint, pulleys help me hoist the hammer to the top of the frame. From there, it drops about five feet and hits a striker made from a bolt, delivering more than 100 tons of impact force to the planchet. Vertical guides made from a couple lengths of sprinkler pipe prevent the scrap metal from bouncing around after impact. Now I just need an assistant to help churn out currency—I’ll pay in Hackettcoin. 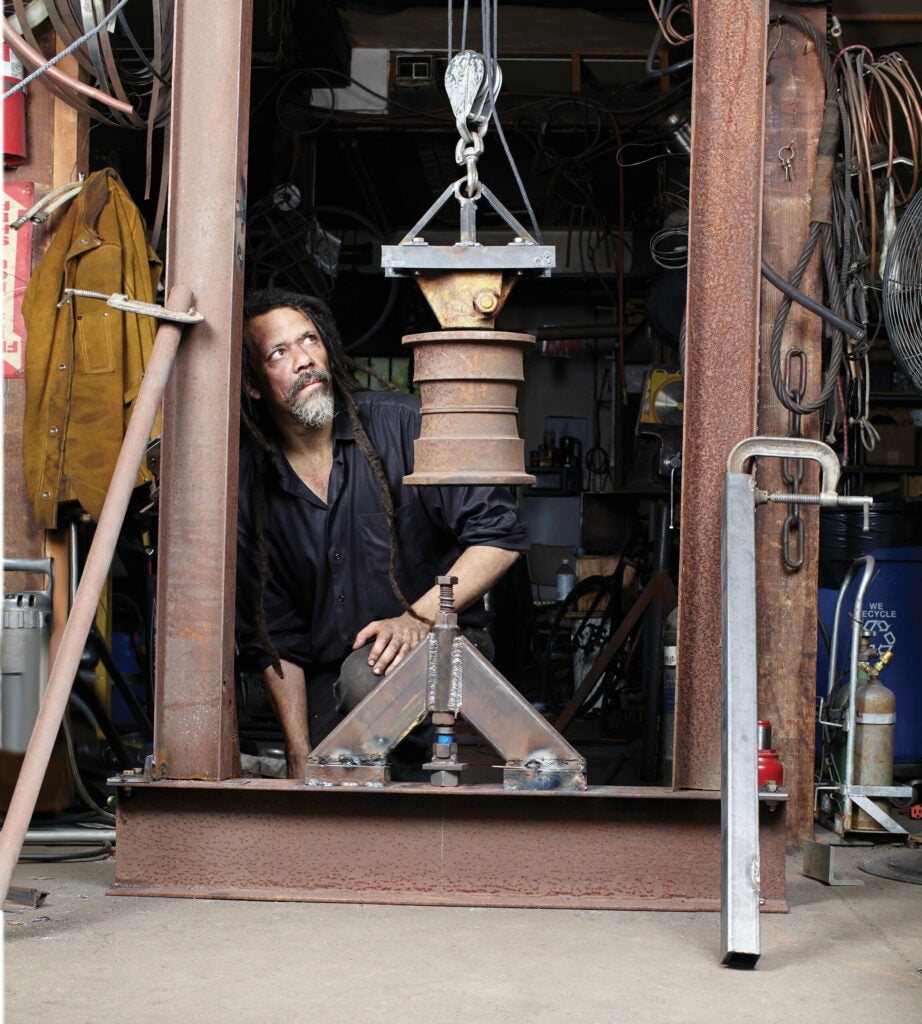 Popular Science‘s intrepid DIY contributor Hackett designed a coin mint using materials that might be available after the apocalypse. You can watch a video of his process and read what he has to say about it here.

This article was originally published in the November 2014 issue of Popular Science under the title, “Behold! Copper Coins I Minted For Postapocalyptic Currency.”