LTE Will Let Your Car’s Computer Update Like Your Smartphone

Welcome to the wonderful world of Car As Platform. 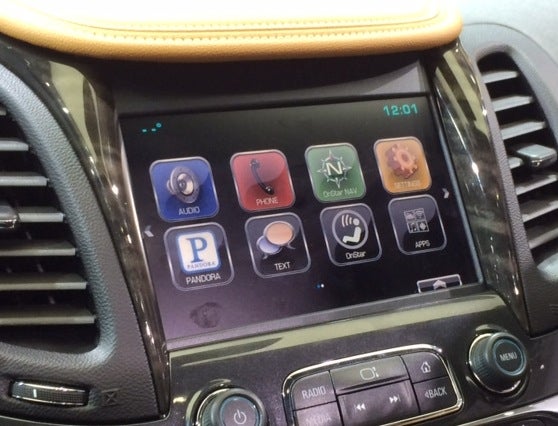 Carmakers seem to want to shout one simple phrase when they talk about adding high-speed 4G LTE radios into their cars: “Apps! We have apps now, too!”

Yes, guys, you can have apps now, too. But that’s not the half of it. Streaming Pandora and getting live weather reports is great and all, but let’s be honest, we could already do that by connecting our smartphones to the console over Bluetooth (or plugging them in, a la Apple’s new Carplay setup). What makes a high-speed cellular connection really interesting is one simple idea: It could let you update the computer in your car quickly and easily.

Think about it: The average person hangs onto a car for about 11 years. The average lifespan of a computer or tablet or smartphone is, what, three at the high end? So that super-slick infotainment setup in the center console is gonna feel pretty dated long before you’re ready to trade up for a new set of wheels. But what if the carmaker could push updates to the system anytime they wanted? We’re not there just yet, but it’s an intriguing idea.

This year at the New York Auto Show, Chevrolet rolled out LTE features on several of its new models, including the Traxx SUV. For the time being, the system’s applications are fairly simple. There are apps like iHeartRadio and The Weather Channel, and the car can also serve as a Wi-Fi hotspot for up to seven devices.