Google vs The DMV: How To Test A Self-Driving Car 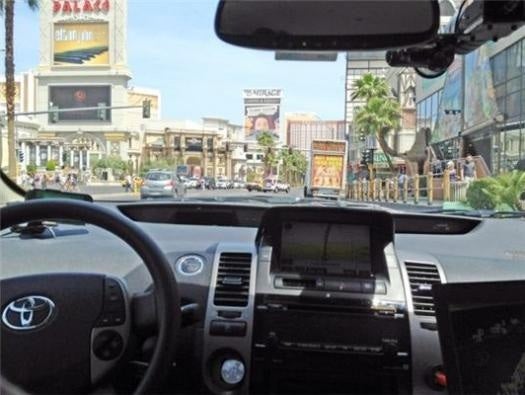 In May 2012, Google’s self-driving car underwent a classic American teenage ritual. It took a driving test at a DMV. The car passed, but apparently not without a little lobbying from its parent.

As state officials have monitored the robot car’s mileage on public roads, Google has lobbied for the car to get different tests and to report different accident figures than the DMV wants, a new series of reports finds. The reports come from U.S. Freedom of Information Act requests that technology journalist Mark Harris submitted to DMVs and other agencies. Turning to the government let Harris “sidestep Google’s secretive PR machine,” as he told the Knight Science Journalism Tracker, which recently collected his stories.

Harris’ work offers a detailed sense of the car’s abilities. It’s also a look at Google’s lobbying, the extent of which is maybe unsurprising, for a private company, but still interesting.

He published his latest—and most fun—article in IEEE Spectrum. You can see excerpts there of the car’s 2012 Nevada driving test, with notes and checkmarks just like you might have gotten as a nervous 16-year-old. That’s where you can see what situations the Google car is good at, and in what situations it will ask for help from its human driver.

For the Guardian, Harris wrote about how Google has asked regulators to allow the results of computerized driving simulations to stand in for tests on driving tracks or closed-off roads. For Quartz, Harris reported on Google’s lobbying not to have to report how often its cars turn over the controls to their human drivers, as long as the handover occurs as expected. The car is designed to routinely cede control when it encounters situations it can’t handle. That’s the kind of handover Google doesn’t want to have to report. The company also doesn’t want to report when its cars get into accidents while a human, not its algorithms, is driving. The California DMV disagreed.