Appelix Is An Exciting Drone For A Boring Job

Spray it and paint it 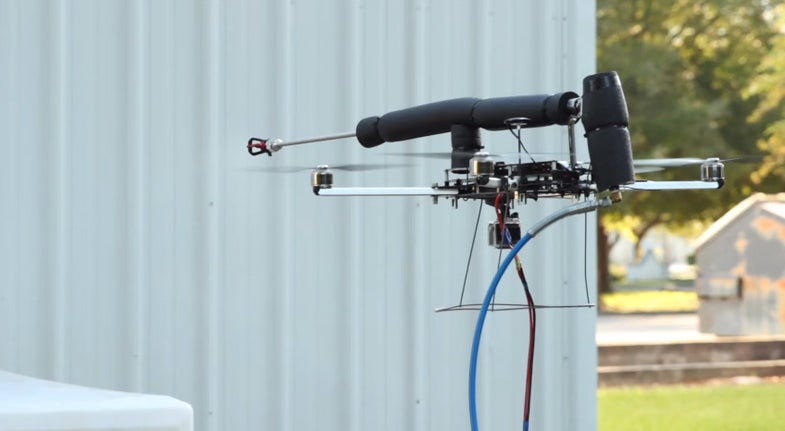 Sometimes, a drone is just a better ladder. The worker bee from Appelix is functionally a very tall ladder, or a particularly long paintbrush. It flies along walls, tethered to the ground, and sprays them with coatings. Right now, it appears to just spray water, but in the future, it could change painting warehouses from a dull and sometimes-fatal practice to a dull and never-fatal job.

It isn’t glamorous, and that’s the point. Spraying paint on warehouses, or even pesticide over crops, isn’t thrilling work, but it’s important work. If possible, it’s best if it can be done by machines, and the low costs and simple form of quadcopters make that possible now in a way that it never was before.

Appelix, the drone’s maker, claims it has autonomous features, but by my eye it still needs a human crew to keep a watch on it as it operates. It’s tethered, which lets it draw power from the grid as it flies and means it doesn’t have to carry all the paint with it, instead siphoning from buckets below. If it’s abolishing the job of wall painter, it is replacing it with drone-shepard.