A snap shot of the day's best bargains. 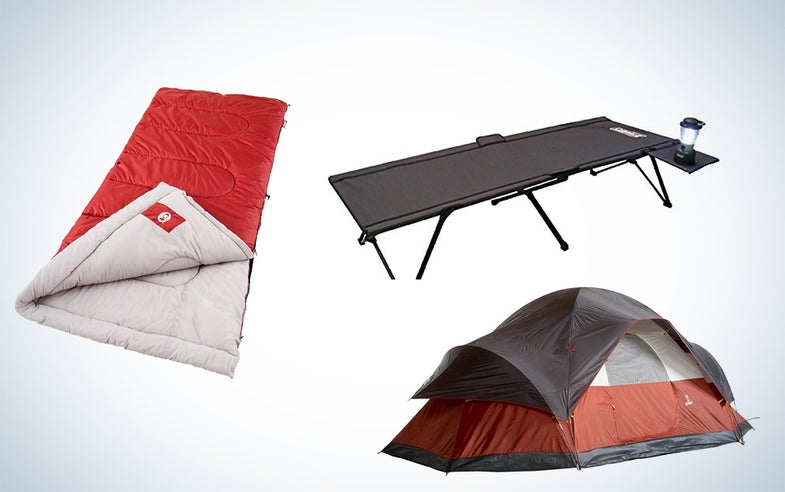 Today on Amazon, get some highly-rated camping gear by Coleman for up to 53 percent off. Included: sleeping bags, chairs, cots, and tents. Celebrate with some s’mores by the fire.

Anytime I go to a lake, I see people lugging plastic kayaks into the water. Jealousy overcomes me until I realize how lazy I am and that I have no car to transport said kayak. The Intex Explorer K2, though, is pretty darn portable, weighing in at only 31 pounds. The two-person vinyl kayak comes with two 86-inch aluminum oars and an air pump. All the parts fit in a carry bag. Oh it’s also 36 percent off—now just $59.

Amazon has deals on Ostrich beach chairs and umbrellas. If your beach gear is rusted, ripped, or tattered, save up 62 percent on some replacement comfort and protection from the sun.

Anker’s adorable Nebula Capsule is on sale for 29 percent off. The 15-ounce projector holds a four-hour charge and can project a picture like it’s on a 100-inch screen. It’s got 360-degree audio, too. You can also watch media from separate devices via an HDMI cable or USB cord. You can also “mirror” the screen on your iPhone, tablet, or computer. The soda-can sized projector is now $248.

Three Orbit irrigation products are on sale for up to 49 percent off. These include a motion-activated sprinkler, a smart sprinkler system, and a programmable faucet, which I wrote about in a best gardening buys article. Water your plants from anywhere, and customize the duration of your watering cycle.

Today on Monoprice save $180 on a refurbished Vizio LED 4K TV. The UHD, 60-inch television has built-in SmartCast and Google Cast built-in. Right now, you can get it for $500.