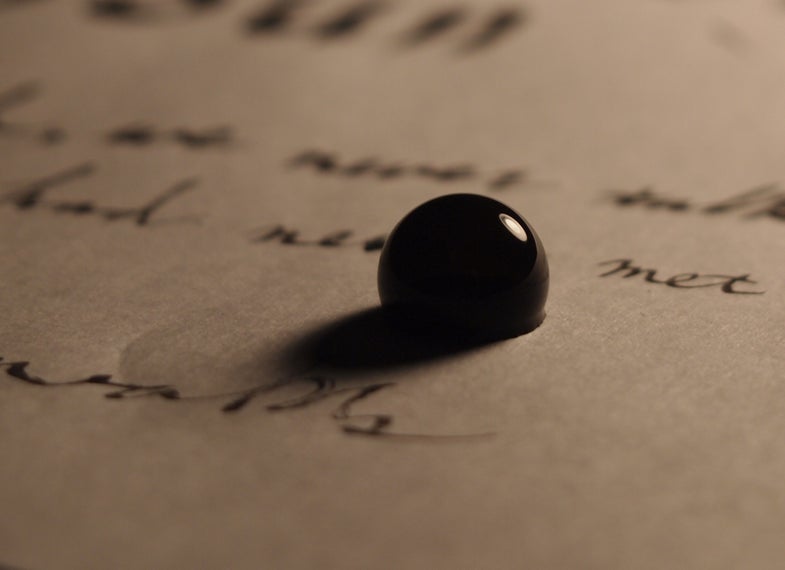 Last year, researchers announced that they had discovered a new method to read a library of ancient texts that was nearly obliterated when Vesuvius erupted in 79 AD, sealing Pompeii and the neighboring town of Herculaneum in a prison of ash.

The hot gases and ash from the volcanic eruption badly damaged the handwritten Papyrus scrolls, making it impossible to unroll the charred writings. Last year’s method distinguished individual letters on the paper by scanning them in a CT scanner, which allowed the researchers to map the microscopic distances between the slightly raised ink and the surface of the papyrus.

But the same researchers have now uncovered a new mystery about the scrolls. Initially, they had assumed, as everyone did, that the ink used on the scrolls was charcoal-based, but further research has shown that some of the scrolls were actually written in ink that contained lead.

That came as a bit of a surprise, as the use of metals in ink didn’t really become widespread in Europe until the 4th and 5th centuries AD, hundreds of years after these scrolls were written.

The discovery pushes back researchers’ understanding of how people wrote and communicated in the Greco-Roman world. The discovery could make deciphering the incredibly delicate charred scrolls easier to read, as soon as researchers work out a scanning technique to distinguish the lead ink from the charred paper.

Until the dangers of lead toxicity became known, lead was a component in many different inks, paints and makeup, used particularly for coloring and consistency.