You'll have to not see it to believe it 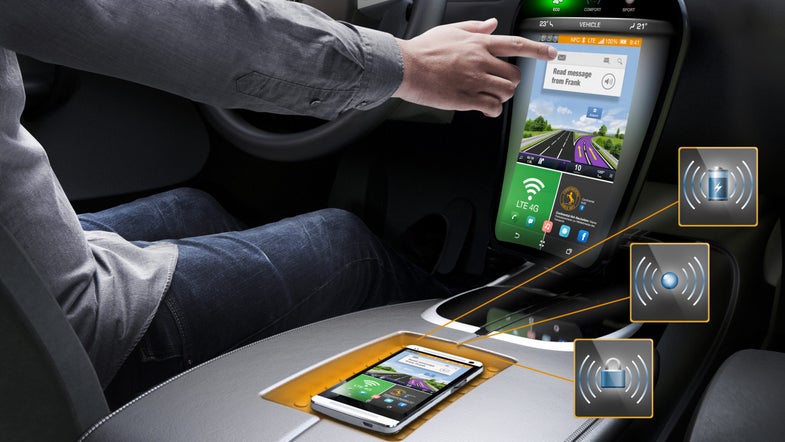 The technology that inhabits our car dashboards is generally less impressive than what we carry around in our pockets these days, but there’s hope. Both Google and Apple are making plays to up the software in our automobiles, and now auto-part maker Continental wants to improve the hardware with a touchscreen technology based on infrared lights.

Instead of a traditional capacitive touchscreen, which relies on your finger’s ability to conduct electricity, this technology uses a “curtain” of infrared LEDs as light sensors, finding the position of your fingers by seeing where the light is obscured. This provides a few advantages: for one, the lack of need for conductivity means that you can use the touchscreen even when you’re wearing gloves. Another (much more important) reason is that it may be cheaper that conventional capacitive displays, though the company isn’t saying how much cheaper. According to Continental, its infrared curtain displays can even handle multitouch capabilities like pinching, swiping, zooming, and so on.

The big question is whether or not it will work as well as capacitive displays. Technology already exists that works with standard gloves—the resistive touchscreens that we’ve been using for decades. But they tend to be less sensitive to light touches compared to capacitive models. A downside to the infrared curtain approach is that dirt, dust, or other particles that get on the display can trigger false positives.

Continental says its infrared technology will be ready for production in 2017, meaning that it will probably be a few years before we see these actually popping up in cars. And, in the meantime, the production of capacitive touchscreens may become cheaper as their popularity in automobiles only increases.