Leonid Meteor Shower: When, Where, And How To Watch

The show should peak around midnight on Tuesday on both U.S. coasts—and everywhere in between 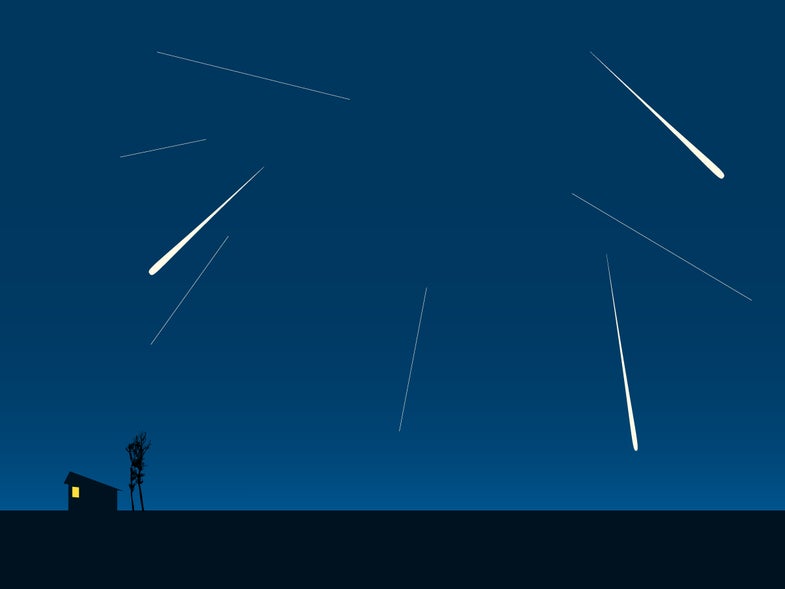 On the evening of Tuesday, November 17, and into the morning of Wednesday, November 18, the Leonid meteor shower will hit its peak. The annual event, caused by bits of ice and rock burning in Earth’s atmosphere, will create a host of shooting stars above the eastern horizon around midnight in the U.S. (local time on both coasts, when the constellation Leo rises). Here’s our guide to the shower.

Where To Look, And When

Any single meteor might appear anywhere, but for the most part Tuesday’s shooting stars will appear to come from the constellation Leo—hence, “Leonids.” Leo will rise above the eastern horizon at about midnight local time across the continent. But meteors will be visible even before then. So if you’re in the U.S. and the skies are clear, head out any time after sunset on Tuesday, November 17, and look east. Try to find a dark site away from street lights, or better yet, away from cities altogether.

The Leonids peak every three decades, and this shower comes mid-cycle—the last peak was in 1998. So we won’t see a phenomenal number of shooting stars. (If you’re bummed about that, console yourself with some of the illustrations of the famous 1833 Leonid meteor storm—a pretty incredible event.) This year, NASA predicts we’ll see one meteor about every four minutes.

That’s a moderate rate. But in this year’s favor, the moon will be a crescent, which means a darker sky that makes streaks of light easier to spot. Strike against: the current cloud-cover forecast predicts overcast skies for a good fraction of the U.S. that night.

The Leonids happen every year around November 17. That’s when the Earth passes through the cloud of debris left behind by the comet Tempel-Tuttle. Don’t worry about an actual impact—Tempel-Tuttle is currently further than Uranus. We’re just crossing its orbit. There’s no chance we’ll hit the comet itself.

Tempel-Tuttle’s debris cloud is actually pretty big. The shower will peak Tuesday night, but we’ll still see more meteors than usual the rest of the month. So if it’s cloudy on November 17, keep your eyes on the sky when it clears again. You’ll have another chance to make your wish on a shooting star.