What To Make Of That Saliva Test For Homosexuality

It's only for men, and with 67 percent accuracy 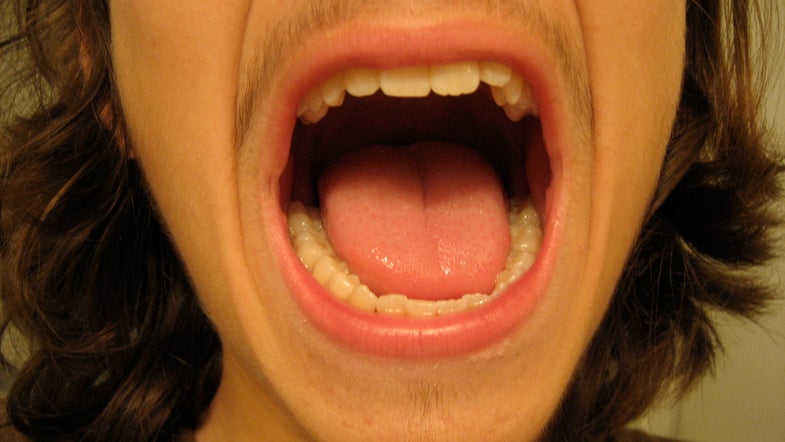 A new saliva test purportedly shows whether a man is straight or gay, according to research presented today at the annual meeting of the American Society of Human Genetics. And no, it won’t tell you why someone is gay. And it doesn’t work for women or bisexuals, either.

While many scientists believe that there is a genetic component to homosexuality, there are non-genetic factors that may influence a person’s sexuality. For one, there’s the fraternal birth order effect–a pattern where a woman’s first male pregnancy increases the chances that her subsequent sons are gay by as much as 33 percent. This phenomenon supports the idea that the body keeps track of internal and environmental dealings and uses that information later on. Researchers know that one way it does this is by using epigenetic markers, which are small molecules that annotate DNA to enforce or dampen gene expression.

However, the strongest evidence that the environment plays a role in homosexuality comes from identical twin pair studies, in which one brother is gay and the other isn’t. That’s why Tuck Ngun, the postdoctoral researcher at the Center for Gender-Based Biology at the University of California, Los Angeles, who led the new saliva test study, decided to study the epigenetic differences that might account for different sexualities in identical male twins.

Ngun and his team analyzed the epigenetic markers identified in the saliva samples of 37 pairs of twins. They identified nine gene regions where epigenetic patterns were consistently different between homosexual subjects and their heterosexual twin brothers.

Using these telltale regions, they created an algorithm that correctly guesses a man’s sexuality two-thirds of the time.

Given, importantly, that epigenetic markers arise following specific life and environmental events, “this is not the same as finding that specific epigenetic marks are causing differences in sexual orientation,” warned Christopher Gregg, a professor of genetics at the University of Utah, in a statement.

Darren Griffin, a professor of genetics of University of Kent, wrote in a statement that he prefers to wait until Ngun publishes his full research paper before drawing any conclusions.

“My gut feeling it that, as the complete story unfolds, the association may not be quite as simple as the summary (abstract) and press release suggest” he added.