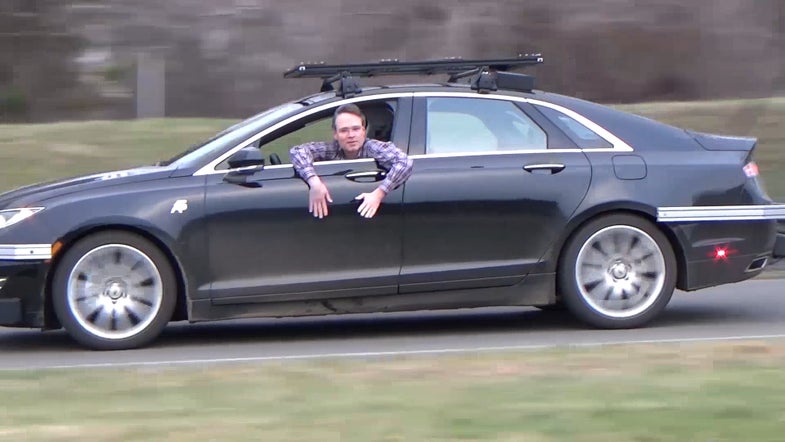 It’s rare that we get extended footage of autonomous cars driving in a a series of situations. Nvidia, the technology company that makes graphics cards and computers for autonomous car development, published a paper detailing a new system of deep learning that teaches itself how to drive with “minimum training data from humans.” The paper also included video footage, of which we are pleased to present the highlights.

The algorithm learned to detect roadways itself, based on examples of driving provided by researchers. It also is able to classify roads so well that it can still drive when there aren’t painted lines, which is how many autonomous systems judge the edge of the road now.

Here we can see that Nvidia’s system can handle snowy conditions, which confuses autonomous cars and humans alike.

Nvidia makes the Drive PX series, computers specially geared to be the brains of autonomous cars. Simpler ways to deploy autonomous driving on these systems provides incentive for companies to use Drive PX in production.