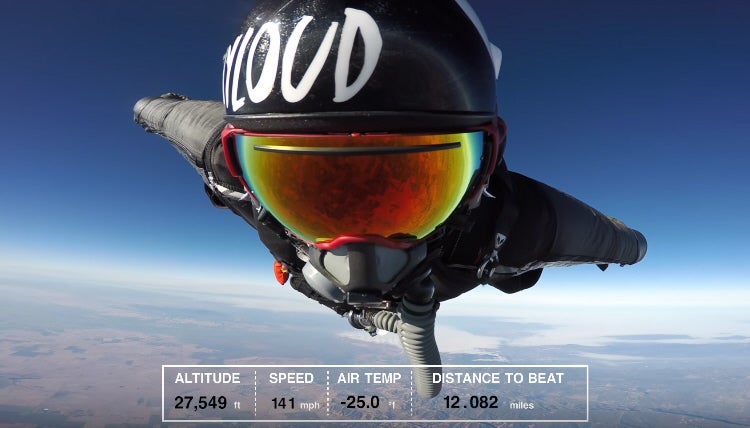 Wingsuits are humanity’s most creative way of falling without dying. By turning anyone who wears one into an oversized flying squirrel, wingsuits allow for daring, risky flights. Last year, Colombian wingsuiter Jhonathan Florez, who held the record for longest horizontal distance travelled in a wingsuit, died in a crash last July. Attempting to beat Florez’s record was not without risk. Which is why a former Navy SEAL did it.

Together with headphone and accessory company Skullcandy (which is featured prominently in the stunt), former SEAL Andy Stumpf, in an attempt to raise money for the Navy Seal Foundation Survivor Support Program, which offers services and assistance to the families of fallen SEALs, Stumpf put on a wingsuit and jumped out of an airplane at 36,000 feet.

He survived the flight, and made it to 18.257 miles, beating the previous record of 17.5 miles set by the late Florez. Stumpf’s flight and video is dedicated to the fallen SEALs and Florez himself, in a touching moment that comes after the rousing jock-rock soundtrack of the jump itself.