The future is here, it's just in screens 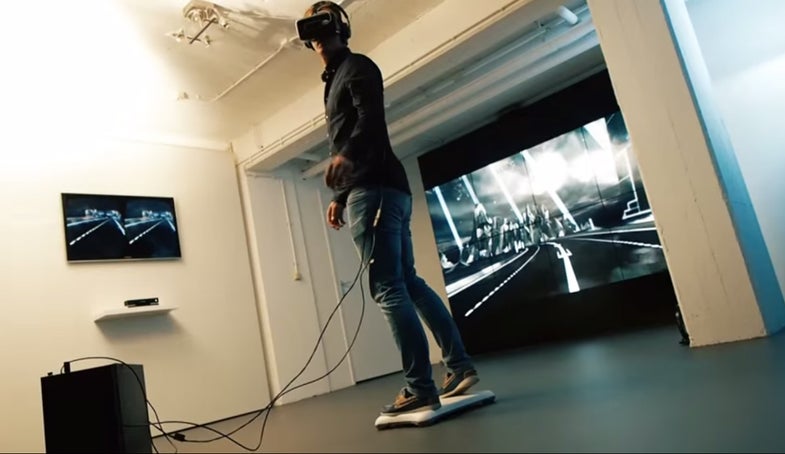 Most hoverboards aren’t. The iconic technology “Back To The Future Part II” imagined as commonplace in 2015 has lent its name to everything from a motorized hands-free Segway to a Lexus-made tiny hovering maglev train. The real world allows for a lot of strange flying contraptions, but none that quite match the fictional grace of Marty McFly’s preferred getaway vehicle.

Fortunately, that’s something we can do in virtual reality.

Like an arcane cyberpunk set-up, this virtual hoverboard is generated through a hodge-podge of external sensors and displays. Amsterdam developer Sander Sneek’s hoverboard uses a Leap Motion controller, a Wii Fit board, and a Kinect sensor to track your movements, while an Oculus Rift headset and headphones immerse you in the graceful simulation.

Watch a video of a hoverboard rider below: