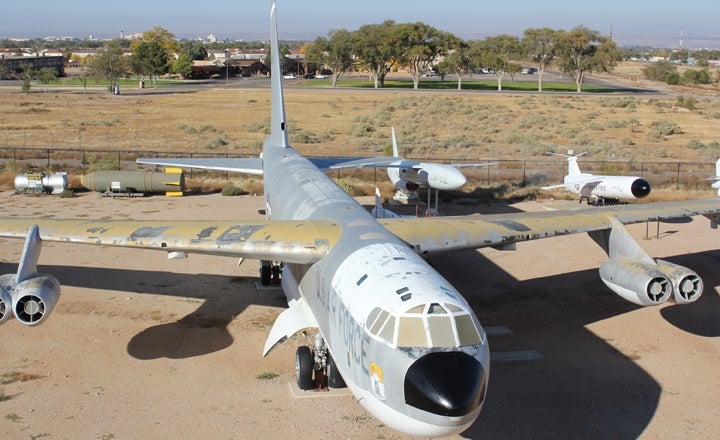 “It will be a great day when our schools have all the money they need, and our air force has to have a bake-sale to buy a bomber,” goes the bumper-stickerable quip frequently if apocryphally attributed to Robert Fulgham. While the Air Force itself hasn’t yet had to peddle brownies to fund any new aircraft, this week Albuquerque saw a completed crowdfunding campaign to restore the exterior of an old B-52B bomber. The old warbird is a literal museum piece, sitting in the display lot of the National Museum of Nuclear Science & History. In 1956 and 1962, it dropped atomic bombs in the pacific as part of nuclear weapons testing, and is the only remaining B-52 to have done so. After the adopting of the Limited Nuclear Test Ban Treaty, this bomber was removed from service, and then donated to the museum in 1971, where it’s been ever since.