Robot drivers are on their way 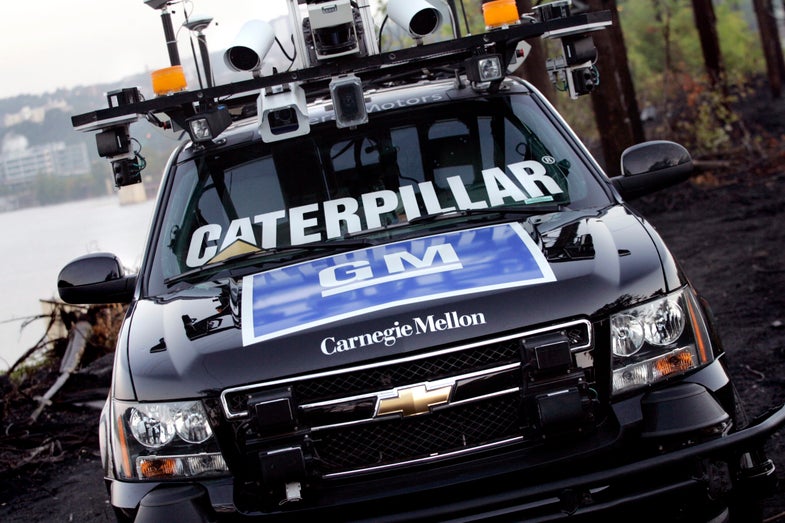 Someday, that Uber car that pulls up at your curbside might not have anybody in the driver’s seat. The ride-sharing service has announced that it’s working with Carnegie Mellon University to develop self-driving automobiles.

As part of the deal with CMU, the Uber Advanced Technologies Center will be created in Pittsburgh; the company says it will “will focus on the development of key long-term technologies that advance Uber’s mission of bringing safe, reliable transportation to everyone, everywhere.” According to Uber, research areas will involve technologies dealing with mapping, vehicle safety, and autonomous driving technology.

Partnering with CMU brings a lot of expertise in robotics; the campus is already home to the prestigious National Robotics Engineering Center (NREC), which bridges the university’s Robotics Institute with government and private-sector companies to develop commercial robotics applications. There’s plenty of self-driving car expertise, too: NREC’s Team Tartan has competed in the DARPA Urban Challenge, a contest that sees autonomous cars navigating a city-like obstacle course, and won back in 2007.

If you’re hoping to get a ride in a robotic limo, though, don’t hold your breath. This technology is still likely several years away. But it’s a smart investment for Uber, since it probably helps remove one of their larger expenses–paying their drivers–and could potentially prove more reliable in the long run.

Of course, Uber’s not the only company interested in cars that drive themselves–Google has long been working on similar technology. And coincidentally reports in the last couple days have also suggested that Google is conversely working on its own ride-sharing app. Somebody get these two crazy kids a room!