These Mini Robots Could Form An Injection Gun In Your Bloodstream 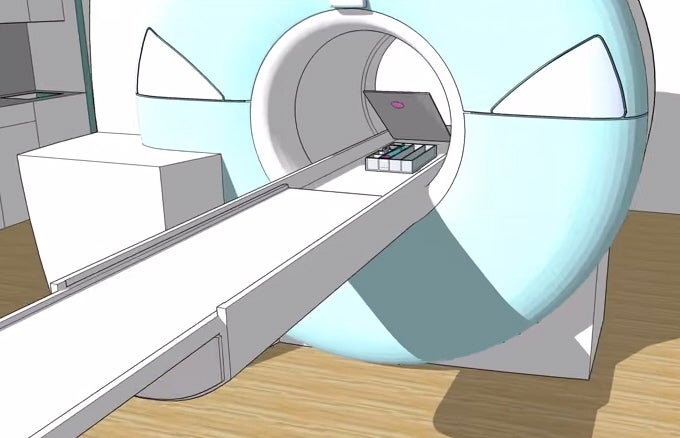 We’ve seen robots designed to move inside bodies before. Carefully shaped magnetic objects, these miniature robots are moved by external magnetic forces, like those found in MRI machines. Last month, researchers from Boston Children’s Hospital and the University of Houston demonstrated a system of small magnetic “millirobots” designed not only to swim through a person’s bloodstream and spinal fluid, but assemble into an electromagnetic gun once inside.

The goal is have doctors guide these robots through a patient’s body and direct them to trouble spots — fluid buildup, blocked passageways, injuries — and and use them to inject drugs or relief directly into the affected areas. As IEEE Spectrum reports. The robots aren’t yet at a bloodstream scale, so here’s video of them simulated in a larger body of water:

Electromagnetic guns, also known as gauss guns or coil guns, move and accelerate projectiles by having subsequent coils pull the projectile further down the barrel.

The robots in this miniature coil-gun are square bodies with magnet-containing tubes on top. When a trigger robot slams into the back of another robot, it transfers force through its magnets into the magnets of the robot in front of it. Eventually they hit the delivery robot, which fires a projectile out of its end. In the video, configurations of two and three robots are shown, but more are possible.