Store shelves are empty again, and COVID is only part of the reason

Holiday shopping could be even more stressful this year. 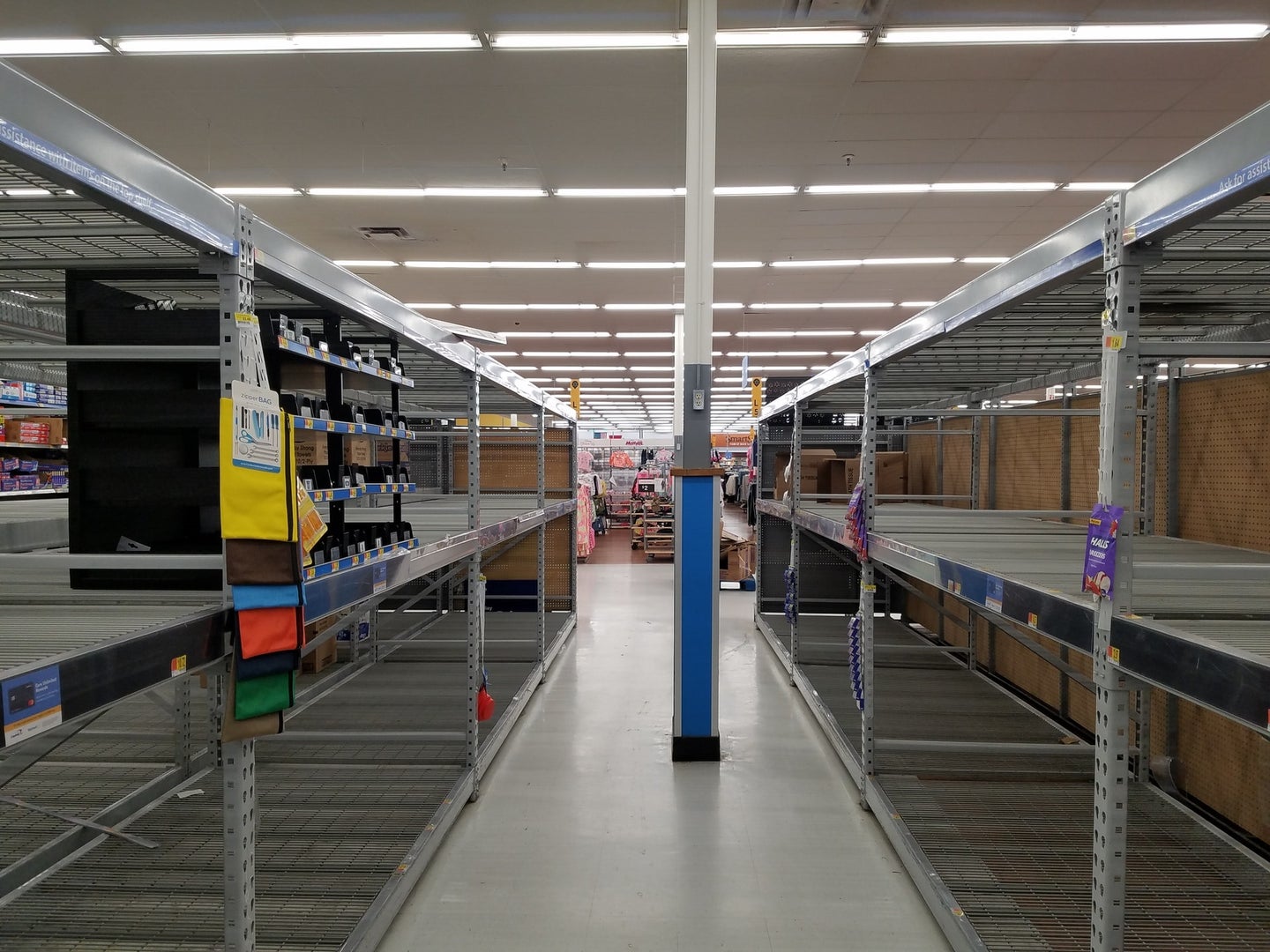 Some of the global supply chain issues that have led to empty shelves and shipping delays are pandemic-related. Others existed long before COVID-19 hit. Third Serving/Unsplash
SHARE

Kevin Ketels is a lecturer in Global Supply Chain Management at Wayne State University. This story originally featured on The Conversation.

Walk into any US store these days and you’re likely to see empty shelves.

Shortages of virtually every type of product—from toilet paper and sneakers to pickup trucks and chicken—are showing up across the country. Looking for a book, bicycle, baby crib, or boat? You may have to wait weeks or months longer than usual to get your hands on it.

I recently visited my local ski shop and they had hardly a boot, ski, goggle or pole to speak of—two full months before ski season begins. The owner said he’s normally close to fully stocked around this time of the year.

This may seem a little odd to some Americans given the US has been living with the COVID-19 pandemic for over 19 months. Shouldn’t supply chains stressed by the onset of the pandemic have worked out their kinks by now?

As someone who conducts research and teaches on the topic of global supply chain management, I believe there are four primary—and interrelated—reasons for the continuing crunch. And unfortunately for many, they won’t be resolved by the holidays.

When the pandemic first slammed into American shores in March 2020, companies were already preparing for a prolonged recession—and the typical resulting drop in consumer demand.

Retailers and automakers, many of which had to close due to lockdowns, canceled orders from suppliers.

It made sense. By April, the unemployment rate reached 14.8 percent, its highest level since the Labor Department began collecting this data in 1948. And consumer spending plunged.

But something strange happened by the end of the summer of 2020. After the initial shock, consumer spending began to rebound and was nearing pre-pandemic levels by September, in no small part thanks to the trillions of dollars in aid Congress was showering on the economy and people.

By March 2021, consumers were again spending record amounts of money on everything from new computers and chairs for home offices to bikes and sporting goods as people sought safer ways to get around and entertain themselves. Demand for consumer goods has only climbed since then.

While that’s generally good for businesses and the US economy, the supply chain for most products hasn’t been able to keep up—or even catch up.

Even as demand from consumers in the US and elsewhere surges, low vaccination rates at key points in the global supply chain are causing significant production delays.

Less than a third of the global population has been fully vaccinated from COVID-19—and almost 98 percent of those people live in wealthier countries.

Low levels of vaccinated workers in important manufacturing hubs such as Vietnam, Malaysia, India and Mexico have caused production delays or reduced capacity.

Vietnam, for example, plays a key role in the apparel and footwear industry, as the second-largest supplier to the US of shoes and clothes following China. Less than 12 percent of its population is fully vaccinated, and many factories have been shuttered for long periods due to outbreaks and government lockdowns.

Failure to vaccinate more people in developing countries more quickly will likely mean worker shortages will continue to plague supply chains for many months to come.

Americans’ insatiable demand for more stuff has another consequence: Empty containers are piling up in the wrong places.

Large steel shipping containers are pivotal to global supply chains. In 2020, the US imported more than $1 trillion worth of goods from Asian countries. And most of those consumer goods make their way to the US on container ships.

To get a sense of the scale, a single container can hold 400 flat-screen TVs or 2,400 boxes of sneakers.

But many of those containers making their way to the US don’t have a way to get back to Asia. The reasons involve a lack of workers, complicated customs procedures, and a host of other problems.

The shortage has driven up the price of containers fourfold over the past year, which in turn is contributing to higher consumer prices.

All these problems are contributing to another challenge: US ports have become extremely backed up with ships waiting to unload their cargo.

Right now, more than 60 container ships are anchored in the ocean off the Ports of Los Angeles and Long Beach, unable to unload their stuff. Ports are also clogged in New York, New Jersey and other locations globally.

Normally, there is no wait for these ships to dock and unload their cargo. But the record demand for imports and shortages of truckers, containers, and other equipment has caused substantial delays.

No end in sight

Before COVID-19, global supply chains worked pretty efficiently to move products all around the world. Companies utilized a just-in-time philosophy that minimized waste, inventories, and expenses.

The cost of that, of course, is that even small problems like a hurricane or a factory fire can cause disruptions. And the pandemic has caused a meltdown.

While I don’t expect a resolution to most of these problems until the pandemic ends, a few things could relieve some of the pressure, such as a shift away from consumer spending on goods to services and increased global vaccination rates.

But the difficult reality is American consumers should expect bare shelves, delays, and other problems well into 2022.