City subways are getting crushed by floods. Here’s how to fix that. 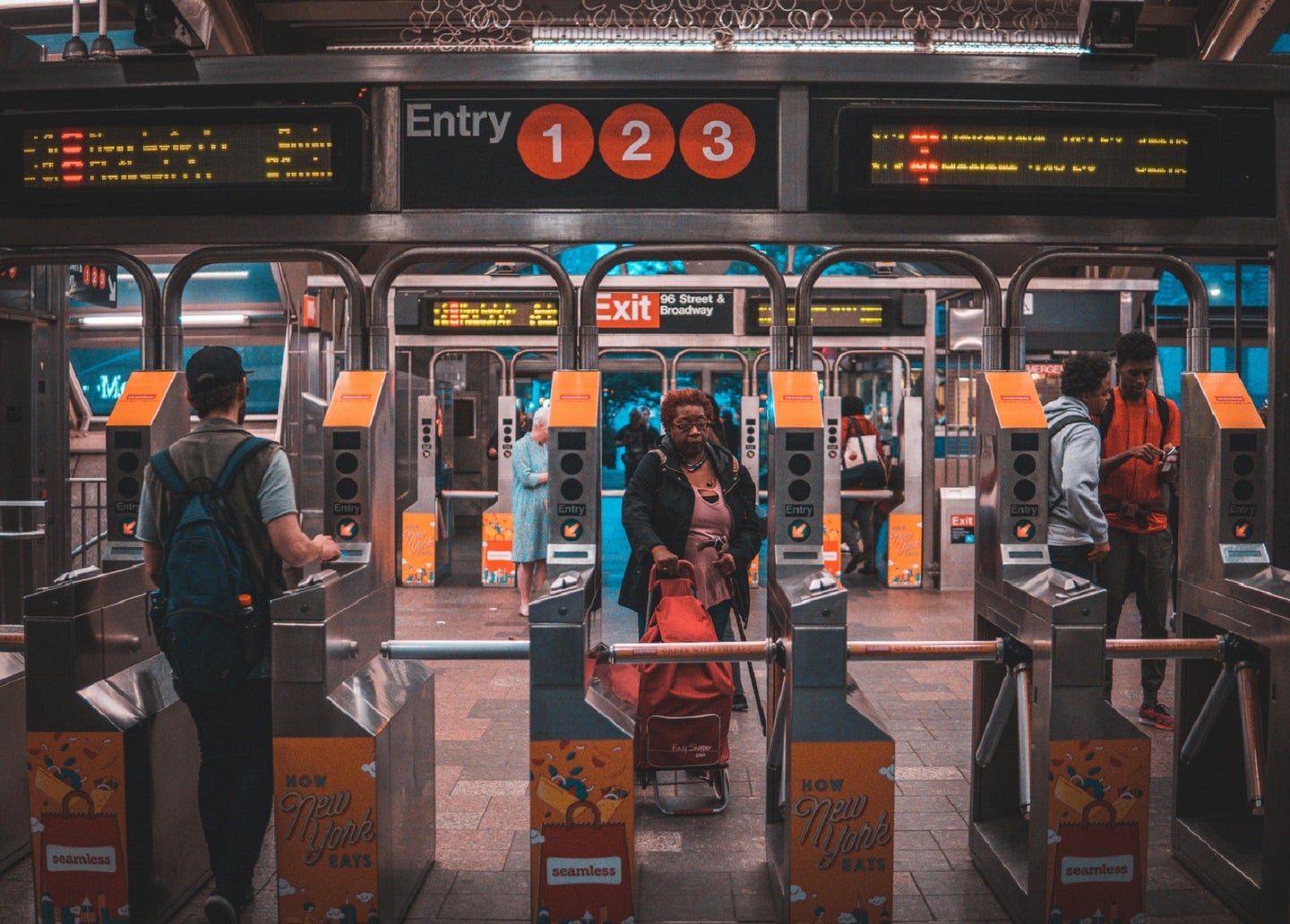 Entrances can make all the difference in whether a subway train station floods or not. Asael Peña/Unsplash
SHARE

Klaus Hans Jacob is a professor of Geophysics at Columbia University. This story originally featured on The Conversation.

Subway stations in New York were inundated with water following heavy rain on Sept. 1, 2021. But the Big Apple isn’t alone—over the last year we have seen similar images in other major cities, including London and Zhengzhou in China.

We spoke with Klaus Hans Jacob, a geophysicist and flood expert who analyzed New York’s subway system before and after 2012’s Hurricane Sandy, about the ongoing—and increasing—flood risk to coastal underground transportation systems and what city planners can do to prepare and protect.

Are instances of major subway floods increasing? And if so, why?

In New York over the last month or so we have had three subway floods—first due to a heavy downpour, then from Tropical Storm Henri and now Hurricane Ida. Meanwhile, we have seen similar floods in cities across America and the world.

I think the message should be pretty clear by now: Climate change isn’t a matter of the future; its effects are happening right now. Warmer oceans means more moisture in the atmosphere, and as that moisture encounters cold air, it all comes down on the cities like the proverbial cats and dogs.

It is not necessarily a problem just for coastal cities. Ida, for example, left havoc across the entire interior of the eastern US. But, of course, many major metros—from London to Amsterdam to Marseilles to New York—have been built next to major rivers or on the coast. This makes them vulnerable to excess water through rising tides or heavy rain. In the latest case in New York, it was from above, but the flooding from Sandy came from coastal surge.

How does the age of some of these subway systems affect flood risk?

When the subway was initially built in New York starting in 1904, no one was thinking of sea level rise or torrential rains. And so the fundamental design of the underground system did not take those phenomena into account.

We know better now. For the past 20 years, it has been clear that more severe storms are an inevitable outcome of human-made climate change.

But despite having a couple of decades to do something about it, we are still in a reactive mode rather than being proactive. Essentially city officials are cleaning up the mess after the storm, rather than taking measures like relocating infrastructure or protecting it.

So what can cities do to better protect aging subways systems?

In the case of older subway systems, we cannot reasonably expect them to be relocated over the next few decades. Instead we need to fix them.

Odd as it may seem, water in itself is not the problem. Rather, it is a mismatch of the amount of rainfall we are seeing and where the openings are in our subway systems—not just where people go in and out, but also the ventilation grates where air goes in and out and where the electric cables enter the system. All of these openings allow for water to run off the streets and into the subway.

These are known engineering problems that can be fixed. In New York, the Metropolitan Transportation Authority fixed a large proportion of the problem caused by coastal storm surges by installing things such as gates and barriers – some installed permanently, some that need to be inserted into place before the water shows up. These prevent water getting into the subway system. When working as designed, they can result in a 98 percent reduction in coastal flood potential, according to my calculations.

But these measures work for coastal flooding. The problem we saw on Sept. 1, 2021, was the result of runoff water from the streets that gets into the system. With coastal storm surges, the water comes into the subway system only at a low level—perhaps at entrances just a few feet above sea level. With the rain, even at higher elevations in a city, subways can flood.

How do you address this runoff street water problem?

You have to approach it in two ways: Avoid street flooding in the first place and protect entrances to subways.

Avoiding street flooding can be achieved through increasing the capacity of street gutters and the sewer system to take up the runoff water from streets. This can be done by widening or adding new gutters, but also by having larger-diameter sewer pipes in the roads.

Individual property owners can, if they have a flat or near-flat roof, put gardens on their roofs rather than have gutters. Green roofs can absorb the water coming down from the sky; and catch basins—devices that collect storm water—and then release that water slowly over days, for each house; they can help to ensure sewer systems don’t get overwhelmed. These measures work best in areas with lots of single-family houses.

Trash on the streets can amplify the problem by clogging up drainage, but it isn’t the systemic issue. It just makes a bad situation worse.

When it comes to protecting existing subway entrances, you can build berms—mini levees or raised banks—of several feet at every entrance. That does make it more difficult for people with disabilities, so you have to also modify elevators to take people down.

All it needs is good engineering—there is no mystery. Well, it is engineering, and political will and money.

Are we seeing this engineering in newer subway systems?

These are not new problems; the fact that water flows downhill has been known since the beginning of mankind. But newer underground systems are dealing better with this. Tokyo deals with flooding, Taipei likewise. They have had problems in the past but are faster to adapt. For example, transport officials in Tokyo installed sliding doors in underground passages that are able to withstand the pressure from storm floods 15 meters deep.

Newer subway systems also tend to have entrances at high points compared to their surroundings. The key is not letting water build up near entrances in the first place—so don’t put subway entrances near low points of a street.

You mentioned political will and money…

Unfortunately, the current trillion-dollar infrastructure bill going through Congress has a totally insufficient amount for subways—far more of it, around $110 billion goes to bridges and roads than public transportation modes, which are set to receive around $39 billion.