The vehicle would have carried astronauts to the launchpad. 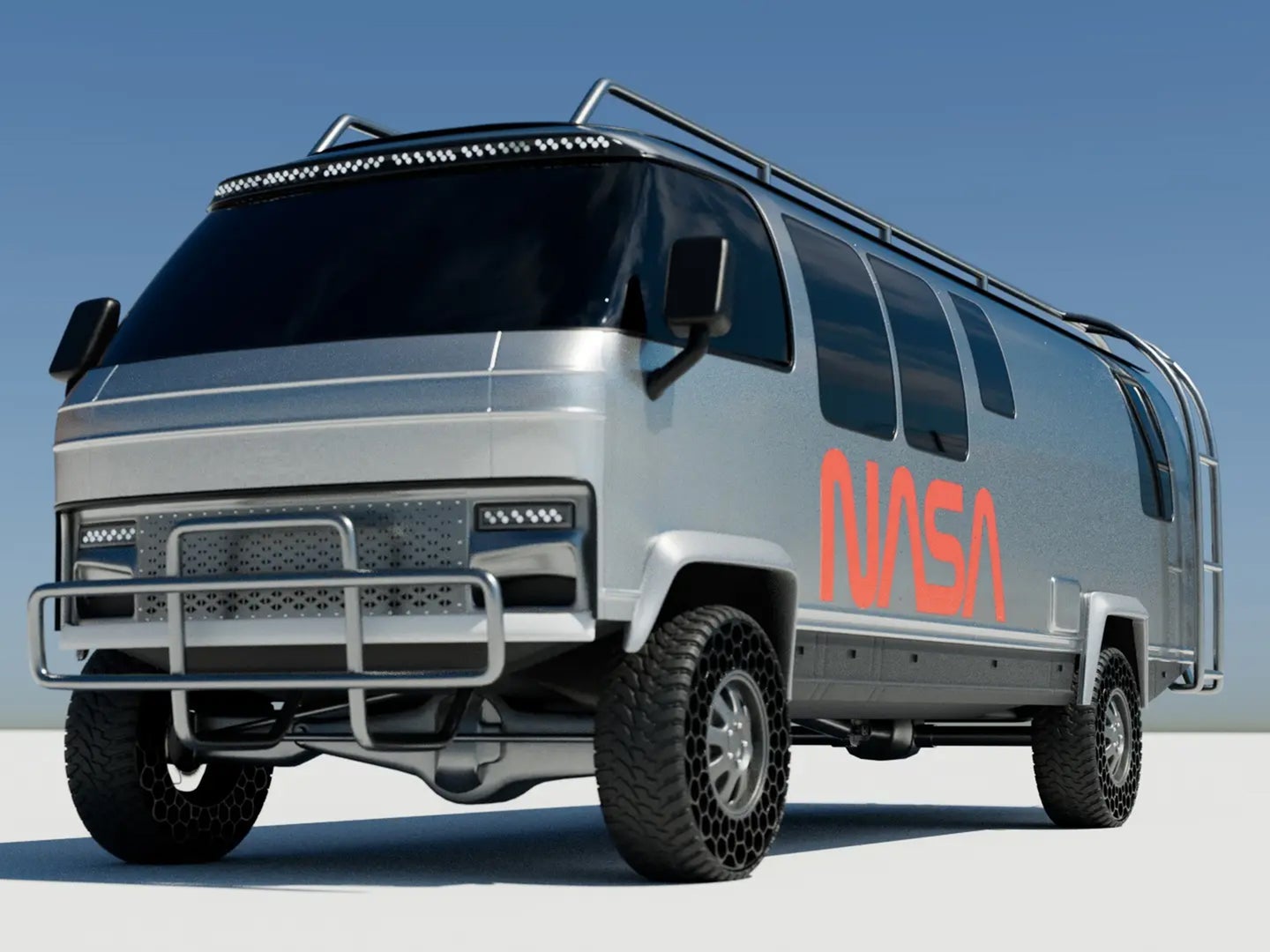 NASA has been shopping around for a new Crew Transport Vehicle lately. The space agency recently granted a contract to EV startup Canoo to build a vehicle for ferrying astronauts to the launchpad for Artemis missions. However, that’s not to say the other designs proposed to NASA weren’t any good; the effort from Oxcart Assembly is particularly eye-catching.

Oxcart Assembly brands itself as a “decentralized, multi-disciplinary cooperative” that has primarily worked on audiovisual projects thus far, including producing motion graphics for NASA and SpaceX’s Launch America missions. When work started on the Crew Transport Vehicle concept, the agency enlisted partners to help. The Hoonigans and Airstream were enlisted for their vehicular experience, while IBM and Red Hat contributed to the “human-centered design approach” of the project.

The concept draws heavily from Airstream’s shiny aluminum design language, as so commonly seen on the company’s camper trailers. The high-riding vehicle relies on electric drive, as per NASA requirements that submissions consisted of zero-emissions vehicles.

The design features airless tires, giving it a futuristic look that wouldn’t look out of place on a distant planet. There’s also a cutaway at the rear, and a cutback front bumper design intended to maximize approach and departure angles to improve off-road capability.

Of course, the Crew Transport Vehicle is not something that will leave Earth. Instead, it’s charged with hauling astronauts from NASA’s Operations and Checkout Building to the launchpad at Kennedy Space Center, a distance of just 10 miles. Designs were required to have a range of at least 50 miles, fit eight people inside, and feature almost 60 cubic feet of cargo storage. To serve its role adequately, the vehicles were also required to be capable of an eight-hour shift with the use of HVAC for heating or cooling as required.

The Oxcart Assembly design was a finalist in the award process, according to the company, though it states that “at the end of the day it came down to an $1145 price differential.” While we won’t be seeing this proud silver steed at any future NASA launches, it’s nice to get a look at what might have been. With that said, it seems likely that Canoo will deliver its own impressive vehicle for carrying astronauts in style.