Maybe make sure your building is wind-proof? 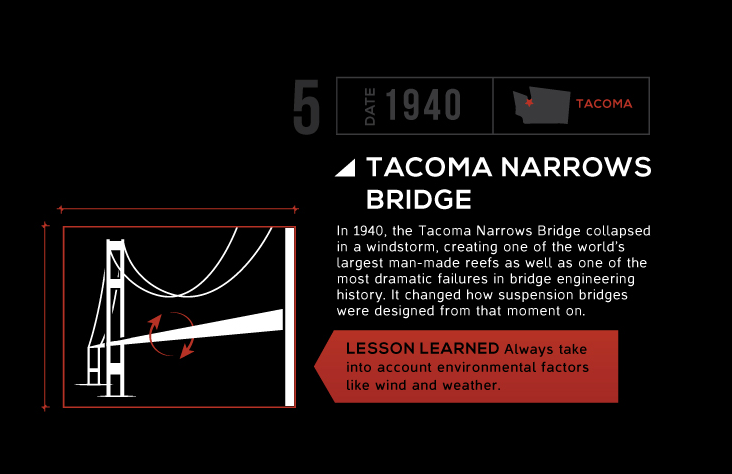 This infographic, published by the NewSchool of Architecture and Design, ticks off some of history’s most famous architectural failures, reaching back to Ancient Rome’s Fidenae Ampitheatre (collapsed in 27 A.D.) all the way to the Lotus Riverside apartment complex in Shanghai (collapsed in 2009). At least the infographic includes some good news, pulling lessons learned out of the events. (Although! Isn’t the lesson from the Tower of Pisa that architectural defects can be the best?)

Some others we might’ve included: Frank Gehry’s Ray and Maria Stata Center at MIT, a warped cartoon of a building that’s been plagued by cracks and other problems; and Norman Foster’s the Harmon, the Las Vegas highrise that, because of structural flaws, was never used and is supposed to be demolished by explosion. A different Vegas hotel actually made the infographic, though, so read on.

[The NewSchool of Architecture and Design via visual.ly]