A Blind Robot That Navigates By Touch 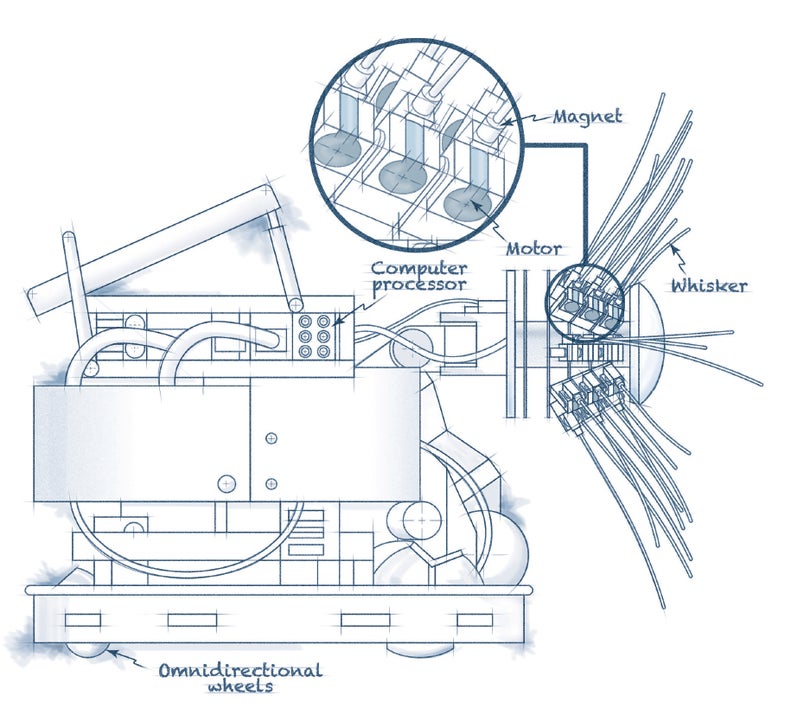 Shrewbot is the size of a small dog, can move its head around, runs on batteries, and has omnidirectional wheels—and no eyes. Its only sense is touch, from its plastic whiskers. Its snout has 18 of them, which move back and forth five times a second. (Real shrews whisk twice as fast.) When a whisker touches something, it bends backward, pushing a magnet at its base. A magnetic sensor detects the displacement and sends it to Shrewbot’s computer processor. Shrewbot uses these touch signals to create a picture of its environment and distinguish shapes and textures.

Shrewbot is completely autonomous. When it finds an object, a computer model based on a real shrew’s brain tells it to explore the object and changes the motion of its whiskers so they lightly touch it, like a real animal’s do. The whole process can be fairly fast. Shrewbot can investigate about three feet of a wall in 30 seconds.

Robots like this one might be good for search and rescue in smoky or dusty buildings where vision is impaired, or for remote inspection of damage. For example, it could explore a sewer, where certain whiskered animals are very comfortable, and use its skills to check for cracks in pipes.

–Tony J. Prescott, neuroscientist and director of the Sheffield Centre for Robotics at the University of Sheffield in the U.K. Prescott co-designed Shrewbot with the Bristol Robotics Laboratory. 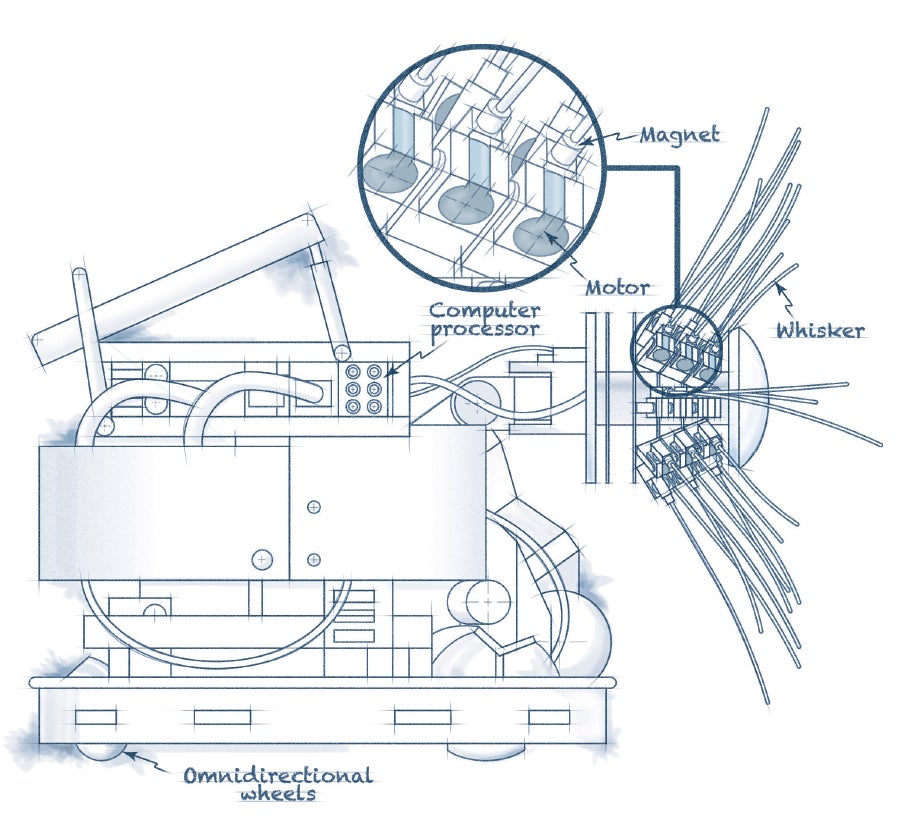