Will Google (And The US Government) Permit Google Glass To Recognize Faces On Sight? 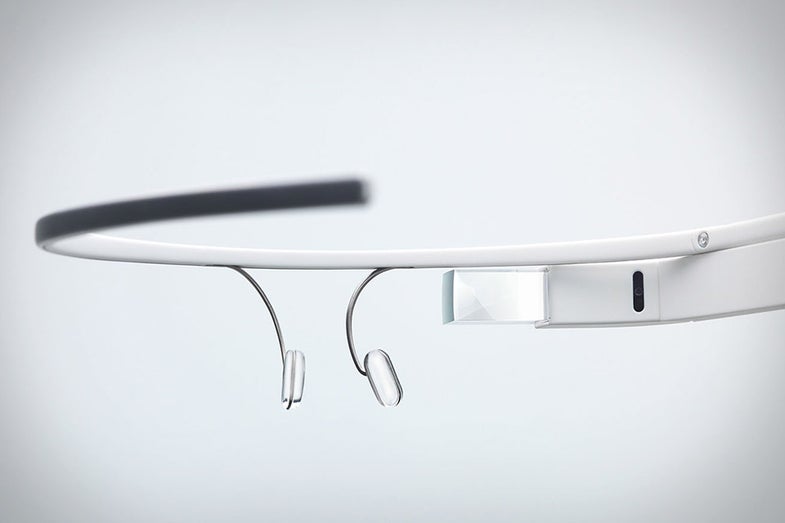 TechCrunch has a nice look at a new API from Lambda Labs, an “early-stage startup” (meaning, brand-new) from San Francisco, that’s causing a bit of consternation. Lambda Labs makes a facial recognition API, which you can actually try out here in your browser. But now Lambda has released a version of that API specifically for Google Glass.

There are certain software restrictions that hold back what the hardware can do–in this case, you can’t use the facial recognition API to get a real-time identification. Instead, you have to take a picture, send it to the app’s developers for it to be analyzed, and then receive the ID. That doesn’t take long, but it’s not exactly a Robocop-level ID system.

But the Glass hardware is capable of that kind of real-time information flow, to a degree. Glass isn’t an augmented reality system; it’s more like a tiny notifications screen in the corner of your field of view. You won’t see a face with a name under it, but you might see a face, then tilt your eyes up and to the left and see text with an ID on it.

The bigger and perhaps more interesting issue here is whether this will fly with Google and the US government. In a New York Times article, Steve Lee, director of project management for Google Glass, said: “We’ve consistently said that we won’t add new face recognition features to our services unless we have strong privacy protections in place.” And then there’s the inquiry from eight members of Congress about Google Glass’s potential privacy implications.

I’ve written about how Google Glass isn’t a surveillance device, but this is something a little bit different: the debate here is all fine lines and shades of gray. The API already exists, the technology is common, and the hardware is out there. Does it really matter if you’re performing this action with a smartphone or Google Glass? Can you ethically stop someone from accessing previously-accessible data just because it’s in a slightly different form? It’s a nuanced and complex question, one we don’t have an answer to–but one that Google and lawmakers will have to address.