Defense Distributed, the Texas company that created the plans for the Liberator, a 3-D-printed gun, have received a letter to... 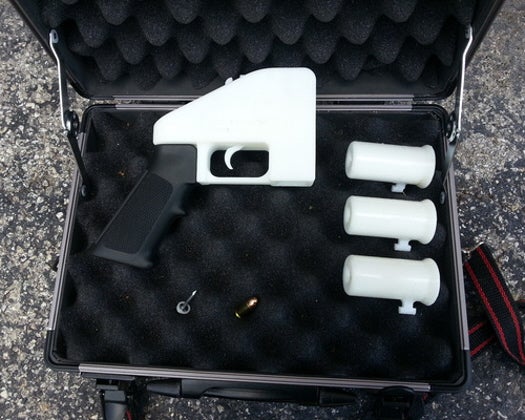 Defense Distributed, the Texas company that created the plans for the Liberator, a 3-D-printed gun, have received a letter to take the plans down from the internet, reports Betabeat. If you’re wondering why the State Department is involved and not the ATF or the larger Justice Department, well, there’s a reason.

The State Department cited the International Traffic in Arms Regulation for the request. ITAR is a series of regulations on exports; the idea is that by uploading the CAD files to the internet, Defense Distributed is, um, distributing them internationally. “Please note that disclosing (including oral or visual disclosure) or transferring technical data to a foreign person, whether in the United States or abroad, is considered an export,” reads the letter. So it looks like web disclosure is included, or at least, the State Department thinks it is.

The plans are still floating around the internet; it’s impossible to shove this toothpaste back into the tube, though the State Department isn’t the first governmental agency to try.