How Violent Are The Year’s Biggest Video Games? [Infographic]

How many games involve axe murder? This graphic will tell you. 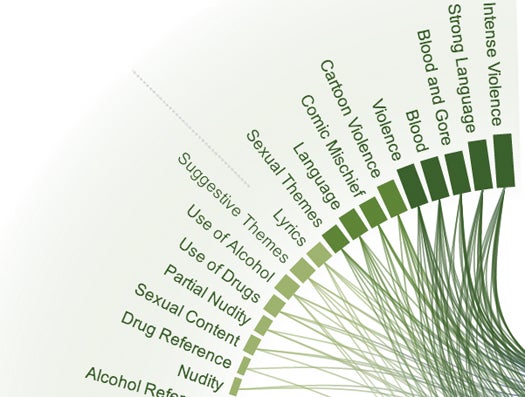 It’s often assumed that the biggest-selling games are all ultra-violent. This great interactive infographic from The Guardian takes a look at top 50 games from 2012 and their respective violent or otherwise adult contents. How many games had nudity? How many had suggestive language, drug use, or “intense violence“?

Part of that dialogue requires knowing exactly what’s going on in them and how widespread varying adult themes are. What does “intense violence” mean? Is it a realistic war simulator in which realistic people die, or a cyberdude killing purple aliens with a space-sword? 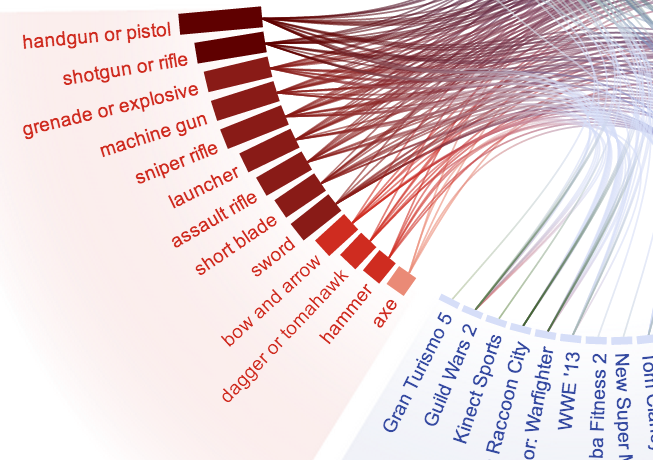 The most surprising finding to me was how many games in the top 10 don’t carry any adult-content warnings at all. FIFA 2013, Just Dance 4, New Super Mario Bros. 2, Madden NFL 2013, and Kinect Adventures are completely free of warnings, and the latest Pokemon game was flagged only for “cartoon violence” and “comic mischief,” which means it too is family-friendly. That said, 14 of the top 50 games were flagged for “intense violence”–these are the games in which killing is pretty much the only objective.

Check out the graphic here.