Google And NASA Team Up In Quantum Artificial Intelligence Lab

Why not use a crazy sci-fi technology (quantum computing) to solve a classic crazy sci-fi problem (artificial intelligence)? 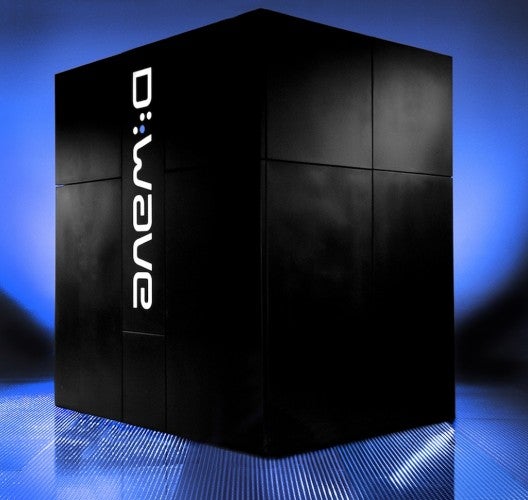 Google announced today a partnership with NASA and D-Wave to launch a lab to solve artificial intelligence problems with the aid of quantum computing.

Quantum computing is in its infancy, but it’s still very tough to wrap one’s head around. Here’s one way to think of it: traditional computers complete calculations based on bits. A bit can have either of two values–zero or one–at any given point. But quantum computers use something called qubits, which aren’t constrained by a binary nature–they can be zero, one, or anything in between, or several values, all at the same time. That makes them very valuable to calculate probability, or likelihood–anything that has more than one possible answer–because they can figure out a bunch of different calculations at the same time.

That gives quantum computers the possibility to be much faster than traditional computers. We’re talking orders of magnitude faster.

Google and NASA specifically want to study machine learning, a branch of artificial intelligence. Machine learning is highly complex, a very nearly creative task. Quantum computing has some pretty amazing possibilities for machine learning, since it can come up with many different possible analyses of data simultaneously.

The new lab will consist of a quantum computer from D-Wave, housed at NASA’s Ames Research Center and staffed by researchers “from around the world.” Google says a few experiments are already underway, and that one of their earliest discoveries is that machine learning is best arrived at with a combination of quantum and traditional computing. We’ll keep an eye on this lab–there are bound to be some fascinating discoveries. Read more about it over at Google’s blog.