It'll reach its $11 million goal in no time! 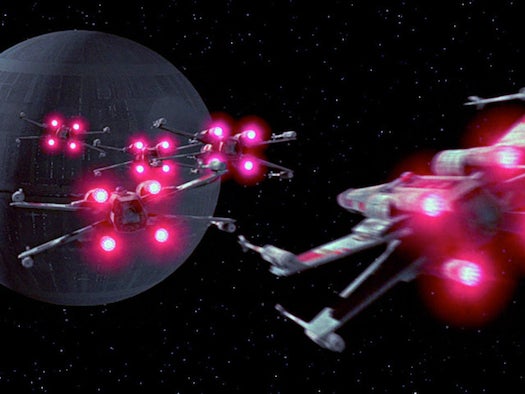 This Death Star-funding story just became a trilogy. First, the White House shot down a petition to build a Death Star. Then, a team took to Kickstarter to crowdfund a Death Star. Now it’s Return of the Jedi: a team is looking for $11 million to build a fleet of X-Wings, and it’s already got more than $100,000.

On Feb 5, 2013, www.gnut.co.uk, whom we believe to be a subversive tactics unit of the evil Galactic Empire, launched a Kickstarter campaign to crowdsource a Death Star.

At first, we laughed.

When we stopped laughing (because it kind of hurt, how hard we were laughing) we realized that it was an ingenious plot by the Empire to use the power of the people against us!

And here are the schematics they’ve got listed. 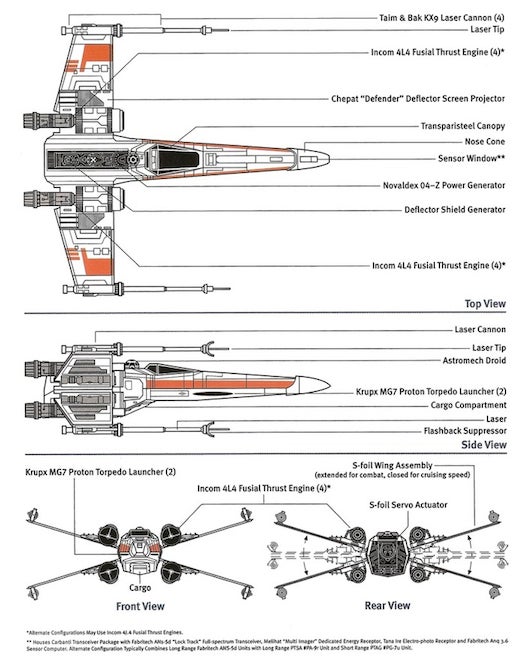