This material absorbs 99.970 percent of light, making it an ideal coating for solar panels. 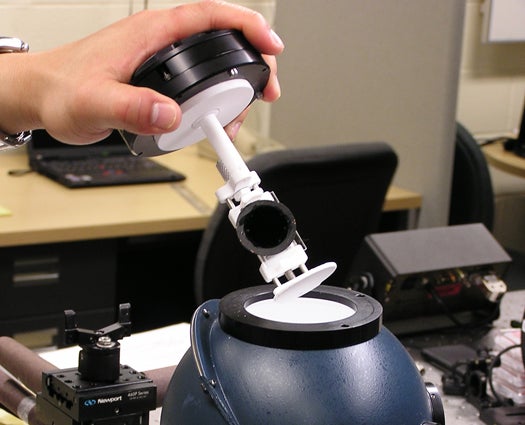 The idea of dark materials might sound familiar to you if you read fantasy trilogies or like casually memorizing lines from Paradise Lost. Unfortunately, this material isn’t used to create more worlds–but it might help save this one. Vertically aligned carbon nanotubes (VACNT), the darkest material known to man, was developed by researchers at Rennselaer Polytechnic Institute (RPI) in 2007. With the ability to absorb 99.970 percent of light, VACNT has significant implications in solar energy research. For instance, it can be used to improve the efficiency of solar panels.

Rennselaer’s researchers aren’t the only ones attempting to produce ultra-dark materials. They’ve been in a quasi-competition with NASA, which developed a material also made of carbon nanotubes and created using the same process. But at only 99.5 percent absorption, it is not quite as dark as Rennselaer’s VACNT. 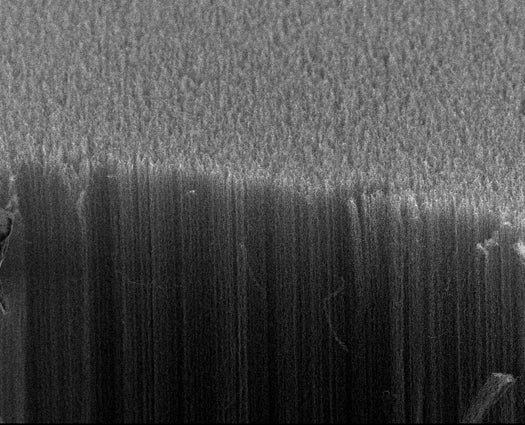 Why a race for dark materials at all? Isn’t regular black paint dark enough to absorb all the colors of light? Conventional black paint and graphite absorb most visible light but reflects a significant amount due to dielectric interface–a moderate reflection of 5 to 10 percent in the air. Researchers found that they could create a super black object by developing long, low-density nanostructures with deep pores, ordered in arrays. In the static electron micrograph, the material looks almost like a forest.

While scientists have not yet reached the goal of achieving near-zero reflection, RPI’s dark material–and future, better versions of it–can be used for solar energy conversion and pyroelectric detectors. Since the material absorbs light, it could also be used in cooling applications. No wonder there’s a race to perfect it–in a warming world, it could be pretty darn useful.